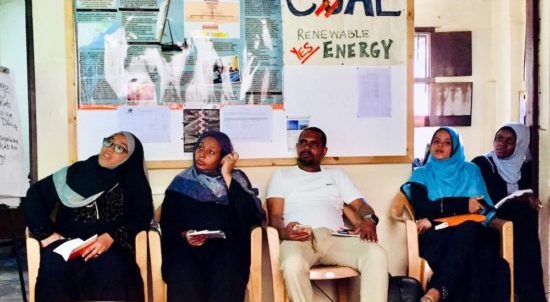 From the challenges posed by the COVID-19 pandemic’s immediate and long-term impacts to global protests fighting racism, 2020 forced many development actors to examine the prevalent development model and its efficacy in addressing the world’s most pressing needs. In a recent op-ed, Foreign Aid is Having A Reckoning, the Editorial Board of The New York Times highlighted discussions happening around the world, and in Africa in particular, about the need to “decolonize” development and center decision-making in the hands of local communities. There are many ways to ensure that development is community-led. From our experience working with communities in Africa and across the globe, we know that accountability to communities impacted by development projects is one crucial component of community-led development.

Citing concerns from Somali activist Degan Ali, the Times’ piece highlights a major flaw in the current development model – too often local communities are portrayed as passive beneficiaries of aid and development initiatives and not as agents of change. The implications of this mischaracterization are stark. In this top-down system, local priorities for development are not centered, and communities are often not adequately consulted on the development projects that could affect their lives.

In Lamu, Kenya, the Lamu coal-fired power plant is an example of a project that was planned  without adequate consultation with the community. The project was touted as being one that will increase the electricity supply in the national grid. Those claims have since been disputed by the Institute for Energy Economics and Financial Analysis in its June 2019 report that concluded that the project would be a poor investment for all involved – except for the few companies backing the proposal and the Chinese firm contracted to build it. Even if those claims were true, community members raised serious concerns about the health, social and environmental impacts of the project that were overlooked and ignored during the project’s design.

When communities’ voices are not heard or respected by development actors, harm is almost inevitable. For example, a U.S.-government financed project in Liberia promised to rejuvenate rubber farms and create sustainable, renewable energy through converting old rubber trees into biofuel. Instead, the project resulted in serious human rights, labor, and environmental abuses, including the contamination of drinking water, that drove many further into poverty.

If development actors want to decolonize their work, they have to commit to fundamental changes to the current model. Local communities must be centered in all decision-making processes and must be thoroughly consulted, with robust access to information about projects that can affect them.

Moreover, development actors need to ensure that they are accountable to communities if things go wrong. If negative impacts occur from projects, communities must have a way to raise these concerns to development actors and receive remedy. An accountability office is one tool for these grievances to be addressed in a manner that respects local agency. Through conducting investigations to understand the nature of environmental and social impacts or by convening local communities, project implementers, and other stakeholders to find mutually agreeable solutions to problems, these offices can be transformative.

In January 2017, hundreds of Haitian farmers and their families who had lost their livelihoods when they were forced off their land in 2011 to make way for the Caracol Industrial Park in northeast Haiti filed a complaint to the Inter-American Development Bank’s (IDB) accountability office to demand accountability and remedy for the bank’s role in their displacement and the severe harm it caused to their families. In 2018, after 18 months of dialogue with the IDB and the Haitian government, the communities reached an agreement that provides for remedial support with a combination of land, employment opportunities, agricultural equipment and training, and support for micro-enterprise focused on women and the most vulnerable members of the community.

Now in its implementation stage, the negotiations and agreement serve as a model for communities around the world to address deep power imbalances and harm from international investment.

In addition to addressing grievances, accountability office processes can give opportunities to communities to present their own priorities for development. In August 2018, Karen Indigenous communities in the Tanintharyi region in Myanmar filed a complaint with the United Nations Development Programme’s accountability office to raise concerns about a conservation project that violates their right to Free Prior and Informed Consent and threatens to prevent refugees and internally displaced people from returning to their land. While the accountability office is conducting its compliance investigation, the project has been suspended and the communities have advanced their own vision for conservation and development that respects Indigenous Peoples’ knowledge and rights.

“Conservation is not new for us. We are continuing the practices of our ancestors, who had proverbs like ‘eat and conserve.’” – Saw Kho, Indigenous leader, Tanawthari, Myanmar

All Development Actors Must Prioritize Accountability

Even as activists call for a shake-up in the development model, with more money going to organizations in the Global South, accountability to local communities must be a priority. All development financiers, from multilateral development banks to impact investors and private foundations, must have an avenue to hear from those most impacted by their financing. For institutions that already have an accountability office, they must prioritize strengthening their offices to ensure that they are fully effective and are facilitating meaningful remediation of harms and the restoration of livelihoods.

From responding to natural disasters to strengthening health sectors during a pandemic, development and foreign aid can help address pressing global challenges. However, for intended positive outcomes to occur – and not replicate colonialist power structures – community engagement and accountability is fundamental. Without these building blocks, development actors risk doing more harm than good.