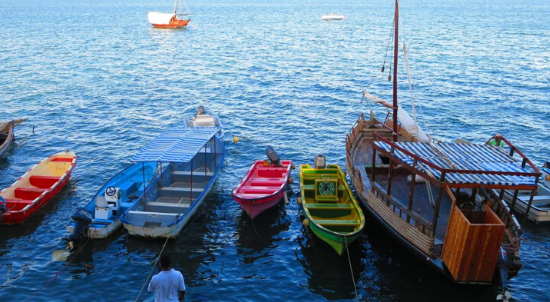 Currently, grievances about harm from Chinese financed and operated projects are not reaching decision-makers, are not resulting in prevention of harm or remedy for local people, and are hindering institutional learning and improvement. Our support to communities challenging a Chinese-financed coal project in Lamu, Kenya provides a case in point.

“We are grieved that whatever ecological value the site has now will be permanently lost. We fear the ash will be blown by our monsoon winds and may settle on nearby houses, vegetation, and ocean. There can also be runoff of these pollutants by rain and this will contaminate both our lands and water.” — Lamu resident’s fears regarding a planned Chinese-financed power plant

While litigation against Chinese institutions causing harm abroad is rightly being pursued in some local jurisdictions, barriers to using courts limit the availability of that option in many cases. There remain few formal avenues to raise grievances directly with a project’s Chinese financiers. Where there is harm to local people, but no chance for them to be heard, there is an accountability gap. Accountability Counsel has been working to narrow this gap.

Beginning three years ago, Accountability Counsel and civil society partners have participated in a series of five workshops curated by the Asian Development Bank (“ADB”) as part of a technical assistance program. The program focused on enhancing environmental and social compliance and accountability for Asian financial institutions, particularly Chinese ones, but also Indian and Indonesian financial institutions. The workshops were attended by several hundred bankers and Chinese regulators, including the Ministry of Finance, China Banking Association, and leaders on accountability from global institutions.

The ADB program produced a framework that can serve as a template for institutions that are considering how to implement an environmental and social accountability system. The framework first makes the case for why an institution would want to adopt it, and then details the environmental and social safeguards that financial institutions should implement, including procedures for due diligence, consultation, project-level grievance mechanisms, and information disclosure. Finally, the framework specifies procedures for creation of institution-level accountability offices, also called independent redress mechanisms (“IRMs”). 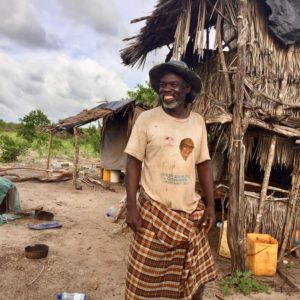 Mohamed Shee, a farmer-fisherman in Kwasasi. 109 farmers in Kwasasi
have already been displaced by the Lamu coal plant access road.

Today, the ADB released two versions of its Accountability Mechanism Framework, one for all financial intermediaries (“General AMF”) and one specifically for Chinese financial institutions (“Chinese AMF”). Both versions reflect a number of best practice principles employed by accountability offices at other international financial institutions. They call for the establishment of IRMs with distinct compliance review, dispute resolution, and advisory functions. Both versions of the AMF stress the importance of IRM site visits, and encourage institutions to require in their financing agreements that clients cooperate in facilitating these site visits. Empowering IRMs to independently conduct site visits bolsters their ability to produce fair and objective reports that properly account for communities’ perspectives. Both versions further describe a process for producing remedial action plans when an IRM finds non-compliance with environmental and social safeguards as part of a compliance review process, without which an IRM would struggle to effectively facilitate remedy.

However, the versions also differ in some important respects, and it is unclear if this divergence is the result of conscious choice or procedural confusion. After receiving a first draft of the AMF in May 2019, Accountability Counsel and partners advocated for a number of changes, provided both in writing and at a workshop held by the ADB and Chinese institutions in Shanghai later that month. The General AMF incorporated many of these recommendations. In the General AMF, contradictory filing requirements were fixed and a restrictive eligibility criterion was removed, which will bolster IRM accessibility for affected communities. The General AMF also took a step towards better transparency by pushing financial institutions to disclose IRM documents in a language and form that complainants can understand.

Where the AMF Fell Short

Both the AMFs fell short in some areas. First, they evince a preference for dispute resolution, which may lead some complainants to feel they have limited access to the compliance review function.

Second, the AMFs place severe restrictions on a complainant’s ability to rely on support from a representative based outside the country, which limits the fairness and accessibility of the process, particularly in places where civil society groups are unable to operate due to government repression.

Finally, they inappropriately suggest that IRMs should have the authority to unilaterally terminate a dispute resolution initiative. This particular problem arose in one of Accountability Counsel’s cases, in which both parties to a dispute resolution process rejected a unilateral decision by the accountability office to terminate the process, and were able to proceed to a mutually agreeable solution.

What’s Next: Uptake and AMF Implementation

Chinese financial institutions and regulators have agreed that accountability frameworks can play a role in their broader push to “green” the Belt and Road Initiative. With the AMFs now complete, we are closely watching to see which Chinese ministry will take on the issuance of the AMF, which will determine where, how quickly, with what authority and with what priority it is implemented.

Accountability Counsel’s focus will turn to engagement with Chinese and global counterparts around effective implementation by Chinese institutions. We seek to offer guidance for how institutions piloting an AMF — with first movers expected to be announced soon — can take meaningful steps towards establishing best practice accountability offices. As the first pilots result in practice, we expect to parlay that learning into the broader accountability ecosystem, understanding that complaint data in the context of our Accountability Console (which contains information on all complaints ever filed with all accountability offices) and helping communities, corporations, and investors use that data to prevent and remedy harm.