The World Bank’s New Accountability Mechanism Through a Communities’ Lens 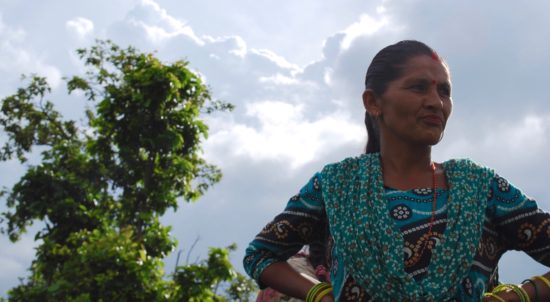 After nearly two years of deliberating internally, the World Bank Group (WBG) Board of Directors has approved significant changes to its accountability framework for public-sector lending. To date, limited information about the details of these changes has been publicly shared, leaving considerable ambiguity about how they will be operationalized. Drawing on our decade of experience supporting communities to use accountability offices, here is our assessment of the potential impact of these changes on communities affected by World Bank projects.

As described in our initial remarks following the World Bank’s announcement, the key changes include:

Each of these changes has significant ramifications for communities seeking accountability and remedy for harm caused by World Bank projects.

Change #1: Operationalization of the Accountability Mechanism’s new structure will determine its effectiveness for communities

An entirely new structure with new reporting lines and responsibilities risks undermining the independence and effectiveness of the World Bank’s accountability system. The new AM will house both the Inspection Panel and the new DRS (which will remain “organizationally separate”), but will provide differing levels of oversight for the two mechanisms. While the AM is responsible for operating the DRS, it is only meant to provide oversight of the Inspection Panel’s administrative functions. The Inspection Panel will continue to determine eligibility of all complaints to the new AM. The lack of clarity around how this new structure and its leadership will operate in practice raises three concerns.

First, the administrative oversight granted to the AM Secretary lacks guardrails. “Administrative” functions could either be defined narrowly to afford the Inspection Panel the necessary latitude to execute its mandate diligently and independently, or could be interpreted broadly to stifle compliance reviews and apply undue leverage on decision-making within the Inspection Panel’s purview.

Second, the effectiveness of the AM will largely depend on who is chosen to be the AM Secretary, so it is essential that this person have the requisite expertise and independence. Most development institutions impose employment restrictions on their accountability office leadership to preserve the independence and integrity of the office. However, as it stands, no policy is in place to restrict former or current World Bank employees from occupying the position of AM Secretary, nor to restrict the AM Secretary from taking a job with Bank management in the future. Without such restrictions, there is a risk of undue influence. Further, there is currently no requirement for the Board to consult with a selection committee. This contrasts against the longstanding practice of the WBG’s private-sector accountability office, the Compliance Advisor Ombudsman. Failing to draw from outside expertise to find the best candidates for the position risks installing unvetted leadership not up to the task of building trust with the communities that the AM is meant to serve.

Third, there is a risk that ambiguity or competition between the roles and powers of the DRS and the Inspection Panel will cause confusion that results in less effective administration of the Mechanism. The worst case scenario under this new structure is for community concerns to become lost, overlooked, or tabled due to unclear roles and processes.

The long-overdue addition of a dispute resolution function to address grievances about World Bank projects through facilitated dialogue has the potential to be transformative for communities seeking accountability. We have seen the power of dispute resolution in our cases in Haiti, where a collective of farmers who were displaced by an industrial park reached an agreement with their government and the Inter-American Development Bank (IDB) to restore lost livelihoods; in Mexico, where Indigenous communities and an investor mutually agreed to stop a hydroelectric project that would have destroyed the villages’ source of water; and in Mongolia, where nomadic herders negotiated a series of agreements with a massive mining company and local government to address impacts on the herders’ traditional way of life. The creation of the DRS makes these types of community-driven solutions possible for people affected by WBG public-sector projects. 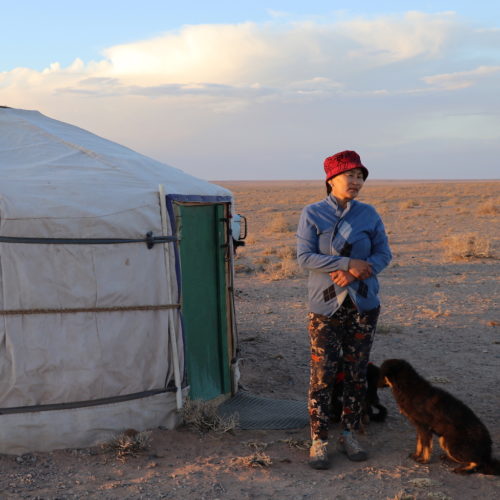 One immediate hindrance to an effective dispute resolution function, however, is that the new DRS limits the time frame for dispute resolution to one year, with a possible extension of six months. This limited timeframe could be inadequate to address the complex issues raised in certain dialogue processes. For example, the dispute resolution in Mongolia required four years of dialogue between nomadic herders, the mining company, and local government. The result was an expansive set of agreements with dozens of commitments, mutually agreed upon by the three parties. This historic outcome would not have been possible had the dialogue been cut short.

Moreover, while communities may agree to have representatives from Bank management present during dispute resolution, management’s role will be restricted to an observer offering technical assistance, as opposed to an active participant. This limited role is a missed opportunity for the Bank to contribute to more holistic solutions for remedy, as was the case with the Inter-American Development Bank’s participation in dispute resolution alongside the farmers we support in Haiti. The IDB attended as a party in the dispute resolution process, and its engagement and participation in the process was integral to achieving an agreement. Further, the IDB was at the table to agree to monitor the outcomes of the agreement and assist in the last mile of implementing remedy to ensure that the agreement’s promises are delivered to the farmers and their families.

The potential of this more flexible approach is clear in the experience of communities in the Sindhuli District of Nepal affected by the World Bank-financed Khimti-Dhalkebar transmission line (pictured above). The communities’ grievances were vindicated by an Inspection Panel compliance investigation report that documented numerous violations of Bank policy. However, project-related abuses continued after the publication of the report. After two years passed without meaningful redress, an ad hoc dispute resolution process was established, creating a forum to use the independent assessment in the report as the basis of discussion. Although the dialogue process in Nepal ultimately dissolved after the World Bank abruptly withdrew its support for it, the case demonstrates the potential benefits of permitting independent dispute resolution after a compliance investigation.

Change #3: Having longer to file a complaint increases the accessibility and effectiveness of the accountability office

The new timeframe for communities to submit a complaint to the Inspection Panel of up to 15 months after the closing date of the World Bank’s loan is a welcomed improvement that will enable the Panel to address a more fulsome range of project impacts and increase its accessibility to the communities it serves. As was the case for Liberian communities who faced serious abuses from a failed biomass project, some harm does not manifest until after a financial institution is no longer involved in a project. Additionally, the prior limitation of being able to file a complaint only if less than 95% of the Bank’s loan had been disbursed was difficult to verify. Moreover, communities sometimes require significant time to organize and coalesce support to help them access an independent accountability mechanism and file a complaint.

Unfortunately, the new time extension applies only to projects approved after September 2020, when these changes are expected to come into effect. This means that communities will not have the opportunity to benefit from the extension for many years to come. It is entirely possible that no new cases will be submitted under these new time extensions before the Board performs another review of the AM, scheduled for three years from now. 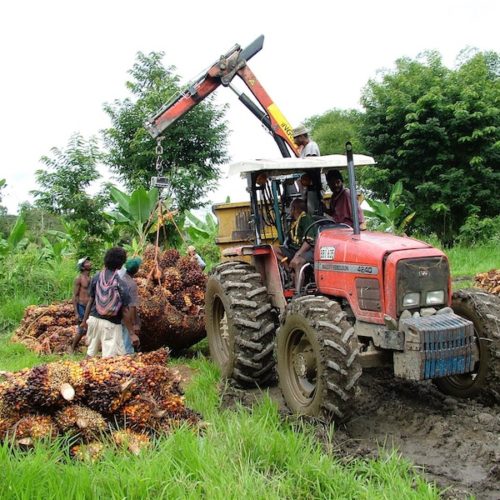 When an Inspection Panel investigation finds that a project violates the Bank’s social and environmental standards, Bank management develops a Management Action Plan (MAP) to bring the project into compliance. Complete and timely implementation of MAPs is critical to achieving meaningful remedy for communities harmed by noncompliant projects, so it is an important step that the Inspection Panel now has the power to verify their implementation. Before the Panel was endowed with the ability to verify, the burden of proving that Bank management’s implementation was substandard fell on the impacted communities themselves. Many communities lack the resources and access to properly monitor Bank management’s actions. When we and partner civil society organizations supported communities in Papua New Guinea to file a claim with the Inspection Panel, we recognized how critical monitoring the implementation of the MAP was to address violations committed. We therefore supported our partners to undertake verification ourselves and are confident that without such verification, the violations would have gone largely unaddressed.

While the addition of verification of MAPs to the Inspection Panel’s toolkit is a positive step, there are three key limitations that may hinder its use and effectiveness: (1) the Panel may recommend verification only after “substantial implementation” of a MAP or if a monitoring report provided by management indicates a lack of implementation; (2) any proposal for verification will be decided by the board on an absence of objection basis; and (3) even if verification is approved, the number of site visits will be “minimized to usually not more than one.” All of these limitations create a risk that verification will not be utilized with the adequate frequency or robustness to ensure that non-compliance is fully addressed in all cases.

Focusing on what did not change

In addition to these changes, it is also critical to keep in mind what remains the same: the Bank’s accountability office remains independent from Bank management. The importance of the Inspection Panel’s status as an independent accountability office is repeated throughout the Report approved by the Board. For example, the very objectives of the reforms to the Panel included “maintaining the [Inspection Panel]’s independence,” and the Board “underscored the importance of safeguarding the effectiveness and credibility of the World Bank [Inspection Panel].” Even with the new Accountability Mechanism structure, “the Inspection Panel members will remain fully independent and continue to report directly to the Board on all compliance investigation matters,” and they will not report to the new AM Secretary. The report approved by the Board described the new AM as “independent” as well.

The independence of the World Bank’s accountability office is fundamental to ensuring that the communities have access to information and remediation through fair accountability office processes. Therefore, it is essential that any ambiguity in the changes not undermine the established principle that the Inspection Panel––and indeed the AM itself––is independent. As the new structure is launched and updates are implemented, any attempt to limit the Accountability Mechanism’s independence would be contrary to the letter and spirit of the Board’s approved changes.

Going forward, communities need a voice in how changes are implemented

The next step is for the World Bank to determine how the changes to its accountability framework are put into practice. Specific procedures must be drafted for each new entity and process. Given the significance of the changes for communities, as well as the risks and ambiguities discussed above, it is critical that communities and civil society advocates be consulted with and have the opportunity to provide input on their implementation. If operationalized in a way that reflects community voices, these shifts have the potential to mark a watershed moment in accountability at the World Bank––improving project outcomes and delivering meaningful change for communities around the world.