Going Forward Together: Lessons from Mongolia and Colombia on the Importance of Fair Benefit-Sharing For Sustainable Development 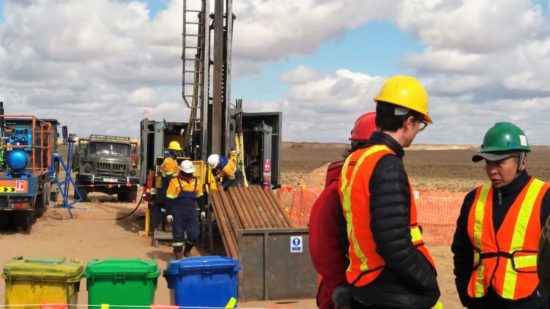 While working with dramatically different communities in Mongolia and Colombia this past year, I was struck by what they have in common. Despite the serious harms they are each suffering as a result of internationally-financed development projects, both communities repeatedly expressed their desire to build a mutually-beneficial relationship with those projects. Their demand is not that the projects are halted, but rather for fair and lasting opportunities to share in their benefits. As I explain below, the investors in those projects should take that demand seriously.

In October of this year, I traveled to Khanbogd soum in South Gobi, Mongolia. Here, some of the world’s last remaining nomadic herders live in sharp juxtaposition with the Rio Tinto-backed copper and gold mine, operated by Oyu Tolgoi LLC (OT).

OT recently secured US$4.4 billion from 20 banks and financial institutions, including the World Bank Group’s International Finance Corporation (IFC), to fund an underground mine expansion. The expanded mine will require the excavation of more than 125 miles of underground tunnels, and its block caving technique is expected to create surface subsidence approximately five square miles in size with cliffs in excess of 65 feet tall. 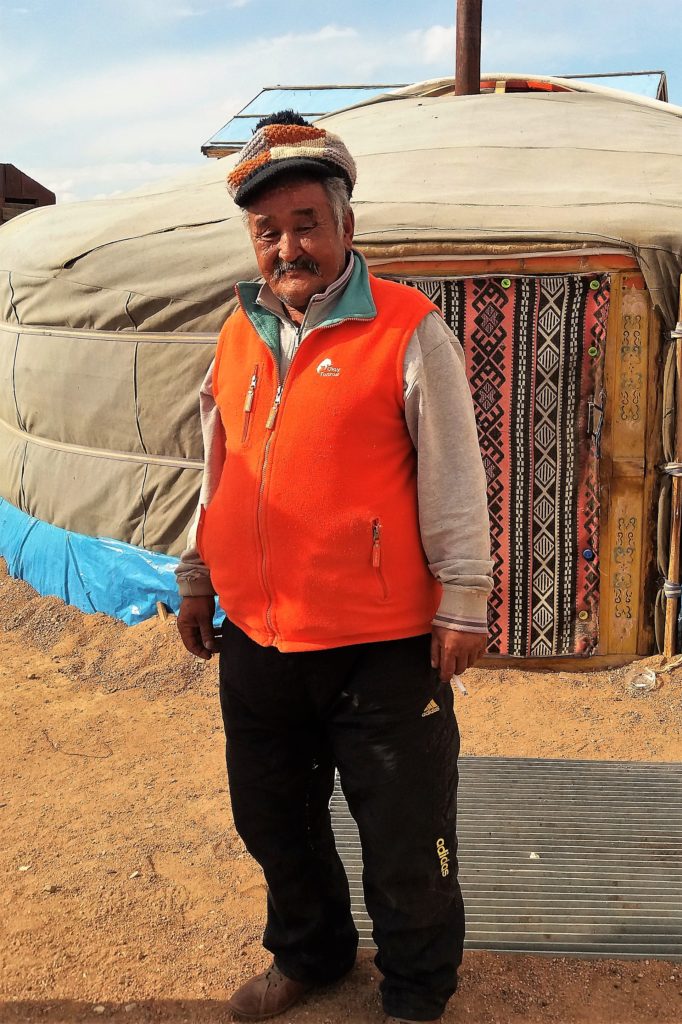 Locating such a large-scale mining operation in the fragile, water-scarce South Gobi ecosystem has already had grave environmental and social impacts. Herders have been displaced from more than 50,000 acres of pasture. Pastures surrounding the mine facilities are degraded by dust and depleted water. Those impacts are expected to worsen as the expansion takes place.

Yet herders are resilient. Many continue to herd, keeping alive centuries-old traditions. While they understandably feel sadness and anger at the impacts of OT, many also see opportunities for a more positive relationship with the project.

One herder told me: “When OT came, they said ‘let’s go forward together’. Now OT is going forward, but leaving us behind.

He wants that to change. As another herder put it, “we want back on the train.”

OT will say that they have already been doing this. But to date, their herder development programs have been largely ineffective. Herders have not been able to participate in the design of programs that meet their priorities or their needs.

They have ideas about what would serve them better. For example, OT could support the development of a meat and/or dairy processing facility. With the right quality controls both inside and outside the facility, such a facility could sell its products to OT, provide employment to local people, and add value to herders’ production. With increased income per animal, herders could decrease or at least maintain herd sizes, reducing the burden on strained pasture. The feasibility of such a project requires careful assessment, taking into account the long-term environmental impacts of the mining operation. But, if successful, the rewards would be great. OT and nomadic herding could not only coexist, but even work together.

Colombia: How OPAIN S.A. Can Mitigate the Human Cost of El Dorado Airport

A few months earlier, I traveled to Bogotá, Colombia. I arrived at El Dorado International Airport, which is in the process of a significant expansion financed in part by the Inter-American Development Bank (IDB). The IDB’s investment was repaid early last year, after a new US$500 million loan package was provided by a group of commercial banks.

As I have previously written 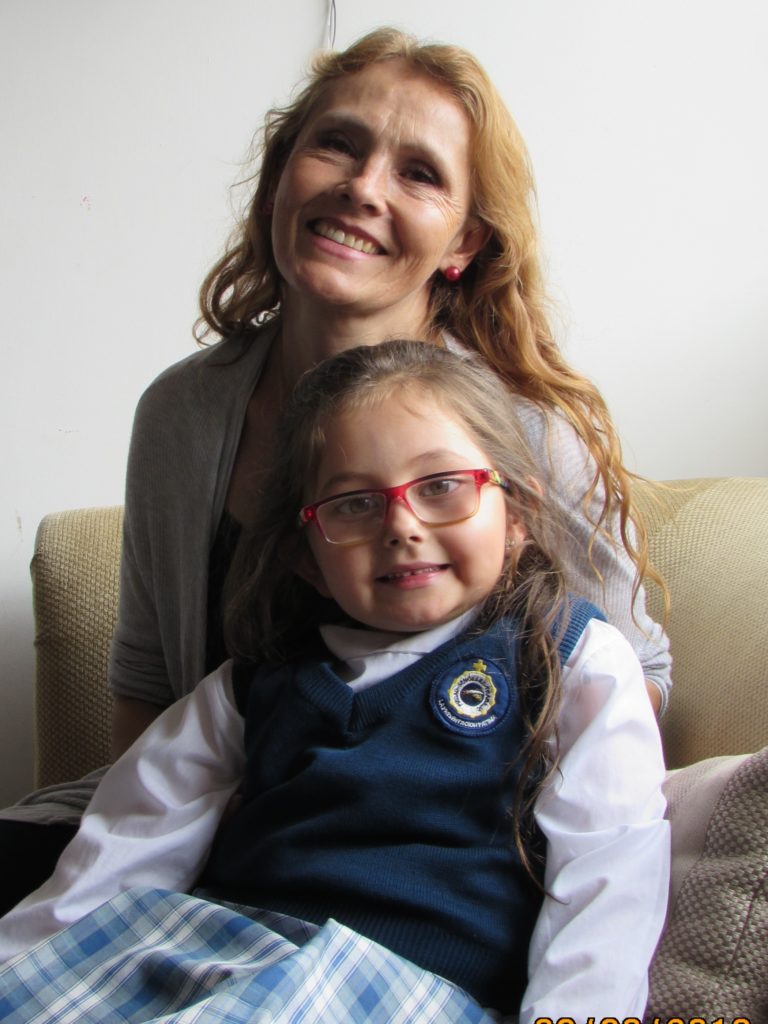 , El Dorado Airport is located adjacent to the densely-populated neighborhood of Fontibón, with only a road and a mound of dirt separating some residents from a runway and its aircraft. Before it invested in the airport’s expansion, the IDB knew that noise levels were already superseding normal limits for residential areas, and the airport was out of compliance with required noise mitigation measures. The expansion project has only exacerbated noise pollution, with air operations increasing at least 22% between 2008 and 2014.

Bogotá’s Secretary of Health says that the high levels of noise generated by El Dorado International Airport are associated with hearing loss, cardiovascular disease, mental health issues, impaired cognition and severe sleep disturbance, among other harmful effects. Neighborhood children, such as Gabriela Acosta, are particularly vulnerable, with studies finding a relationship between long-term exposure to aircraft noise and impaired reading comprehension and memory.

It’s not hard to feel that the health and well-being of the Fontibón community has been sacrificed for the undoubtedly significant benefits of the airport expansion to the city, country and region.

Yet again, however, I heard demands from community representatives that were positive and constructive. I heard terms like “inclusive development” and “cohabitation.” Like the South Gobi herders, they have clear, concrete ideas for improved community participation in the benefits of the project. For instance, the airport operator, OPAIN S.A., who has carried out and benefits financially from the expansion project, could make a space within the airport available to the worst-affected communities to allow them to promote local goods and services. Members of those communities are willing to voluntarily serve the space without pay, although they would benefit from training in customer service or related skills. Together with improved noise mitigation measures, such support for local businesses would help to compensate for the daily impacts of the severe noise pollution.

The fair sharing of project benefits is critical to managing project risks and to ensuring that positive project impacts are maximized and sustainable over time.

First, the current generation of environmental and social safeguards generally require meaningful community consultation and participation in the design of the project, with heightened community support requirements in certain cases. For example, the IFC Performance Standards require that “broad community support” is demonstrated for any project with significant adverse impacts.

Communities suffering the negative impact of a project without experiencing sustainable positive benefits are highly unlikely to support that project. This lack of support – the lack of a social license – is likely to reduce local engagement and investment in the project, and may cause conflict and disruption, all of which carry fiscal and reputational risks for the project and its sponsors. A strong social license, on the other hand, will help to maximize sustainable, positive financial and developmental outcomes. In this way, community support or the lack of it is an important measure of a project’s viability and success.

Second, fair and lasting benefit-sharing should also feature as part of the project’s strategy to avoid, mitigate and compensate for its adverse environmental and social impacts: a foundational requirement of the IFC Performance Standards, as well as similar safeguards.

Benefit-sharing can usefully provide a sustainable form of compensation for community-wide impacts. It can also help to avoid and mitigate the risk of social insecurity and conflict that arises when directly affected communities lack opportunities to participate positively in a project.

These requirements apply to both the OT mine and the El Dorado Airport expansion. The IFC is directly funding OT and in doing so, commits itself and its client to comply with the Performance Standards. The commercial bank investors in the El Dorado Airport expansion also committed to comply with the Performance Standards when they adopted the Equator Principles. The IDB was obliged to effectively avoid, mitigate and compensate for negative environmental and social impacts by its Environment and Safeguards Compliance Policy.

Contrary to those obligations, each project is currently causing significant adverse impacts and lacks broad community support. These investors must therefore take seriously the herders’ and the Fontibón community’s demands for improved benefit-sharing. The long-term sustainability of their projects depends on it.