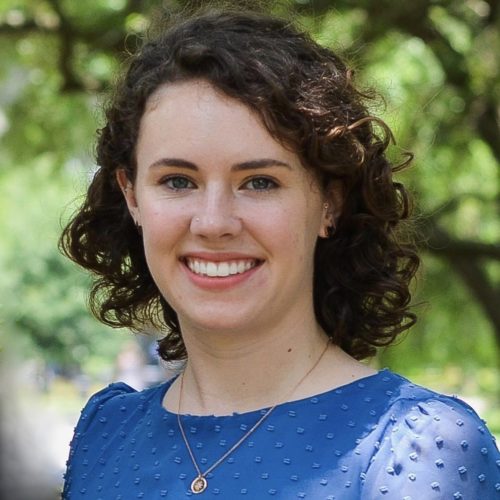 Madigan Griffin joined the Accountability Counsel team as the Executive Coordinator in April 2020. She holds a bachelor’s degree in International Relations, International Development, and French from Tulane University. As part of her degree program, she studied in Paris at the Institut d’Études Politiques for one year, where she focused on international law and political science.

Before joining Accountability Counsel, Madigan worked as a Fundraising Officer for the Lebanese NGO Blue Mission Organization in Saida, Lebanon that provides medical, mental health, and capacity-building support to Lebanese, Palestinian, and Syrian communities throughout South Lebanon. She also worked as a Volunteer Coordinator in Lesvos, Greece with Home for All, a Greek nonprofit community kitchen that emphasizes dignity and respect in their effort to support people seeking asylum on Greece’s shores.

As an undergraduate student, Madigan supported Accountability Counsel’s mission as both an Executive Intern and a Translator. In her free time, she enjoys hiking, camping, and painting, and she loves trying new things (next up: beekeeping!).