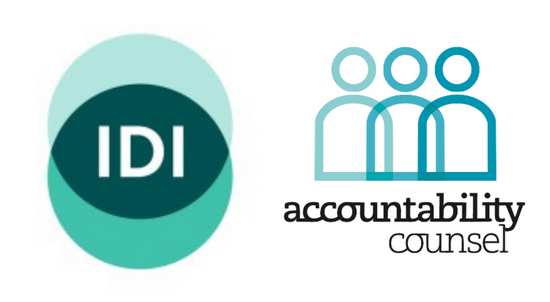 The Responsible Critical Mineral Initiative (RCI) — formerly known as the Responsible Cobalt Initiative — and the China Chamber of Commerce of Metals, Minerals and Chemicals Importers and Exporters (CCCMC), announced in November 2022 that they are creating a new accountability mechanism for the mining sector covering environmental, social and human rights issues in mineral value chains. As the first mechanism of its kind established by a Chinese industry association, this has the potential to be a significant advancement in the corporate accountability landscape.

The mechanism, called the Complaint and Consultation Mechanism for the Mining Industry and Mineral Value Chain, will provide a forum for affected communities to raise concerns about Chinese and other mining companies’ compliance with international environmental, social and human rights standards. This is especially important as the world transitions to more renewable forms of energy that are fueling increased demand for critical mineral inputs such as cobalt, nickel, aluminum, and lithium.

According to the draft procedures governing the mechanism, companies associated with the mining sector that have responsibilities under “recognized codes for responsible business conduct” will fall within its scope. These codes include CCCMC’s Guidelines for Social Responsibility in Outbound Mining Investments, the Chinese Due Diligence Guidelines for the Mineral Supply Chain, and the United Nations Guiding Principles on Business and Human Rights, among others. We expect that this mechanism will be most relevant to the members of RCI and CCCMC. RCI members include Chinese mining companies, refineries, and other companies along the critical minerals value chains, and international end users such as automotive manufacturers and major tech companies (Huayou Cobalt and Jiana Energy—Chinese suppliers of cobalt products and battery materials—as well as BMW and Dell were on the board of the Responsible Cobalt Initiative when it was first established). Many Chinese mining companies are CCCMC members.

As part of the public consultation process, Accountability Counsel and Inclusive Development International submitted recommendations for improvements to the draft procedures to ensure the new mechanism is an effective avenue for justice for communities harmed by mining activities and related value chains. We know from our work with many such communities how harmful the environmental and social impacts of mining can be and the importance of an effective accountability mechanism to address these impacts.

For example, we have worked with a community in a remote part of Guinea that was evicted at gunpoint to make way for a mine owned by AngloGold Ashanti, one of the world’s largest gold mining companies. The community filed a complaint to the accountability mechanism for projects supported by the International Finance Corporation (IFC) and, through the resulting mediation, secured agreements on access to water, schooling, compensation and livelihood improvement, including a commitment from the company to implement recommendations from an independent assessment of the mine’s impacts on resettled households. We have also worked with communities in Mongolia, where Rio Tinto’s Oyu Tolgoi Mine, one of the world’s largest gold and copper mines in the world, depleted water resources and disrupted local herders’ pasture lands, causing displacement and loss of livelihoods. Local herders there also filed complaints to IFC’s mechanism, and the resulting mediations culminated in commitments from the mining company and local government to, among other things, address water and pasture issues and compensate those who had been displaced. These are just two of many examples where accountability mechanisms have enabled mining-affected communities to secure some form of redress. But this is only possible if the mechanisms are well designed to be accessible, fair, and effective.

The new accountability mechanism proposed by the RCI and CCCMC contains several provisions consistent with the effectiveness criteria in the United Nations Guiding Principles on Business and Human Rights, such as the right to representation, the commitment to rights-based agreements, and the prohibition of coercion and retaliation. However, there are key aspects that need to be strengthened to ensure the mechanism is effective and can gain trust from all stakeholders.

Our full set of recommendations for the new mining sector mechanism can be found here.