IAMs and CSOs Discuss the Next Generation of Accountability Mechanism Reforms 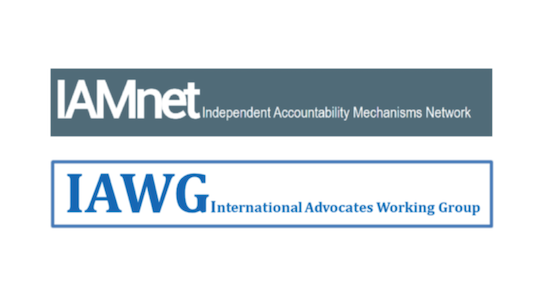 Over the last 30 years, independent accountability mechanisms (IAMs) have increased in number and have evolved to become more effective at holding financial institutions to account. This year’s discussions at CSO Day centered on the continued evolution of accountability mechanisms. Participants shared challenges and best practices on six key issues facing project-affected communities seeking to use IAMs to access justice:

Effective monitoring is critical for ensuring that agreements reached through dispute resolution and commitments within management action plans are fully implemented. However, monitoring mandates and practices vary widely between IAMs. Field visits are essential for effective monitoring as is hearing directly from project-affected communities. If monitoring shows that a project is not working towards compliance with applicable environmental and social standards, future financial disbursements should be halted.

Inadequate consultation and information disclosure is the most frequently cited harm in complaints to IAMs, and these complaints are validated with an over 70% non-compliance rate. But how are IAMs supposed to address these procedural shortcomings – including lack of free, prior, and informed consent for Indigenous communities – if the project is already underway? One best practice discussed is that mechanisms should recommend pausing the project to give communities time to articulate how they’d like to be consulted going forward.

The lack of meaningful remedy for communities using IAMs is a longstanding injustice. IAM participants discussed some of the barriers they face in facilitating remedy: limited mandates, power imbalances between the complainants and other parties, and misconceptions within the financial institutions about what remedy actually entails. Some good practices were offered: ensuring that communities have access to information and are permitted to comment on draft management action plans and budgeting for covering complainants’ costs of participation in accountability processes. More aspirational changes included bolstering IAMs’ capability to issue binding decisions and establishing designated remedy funds at financial institutions.

Threats and retaliation against communities who voice concern about projects has always been an issue – but today the rates of retaliation are higher than ever. Though most institutions and their IAMs now espouse zero-tolerance policies for reprisals, these policies are rarely accompanied by meaningful actions. Participants cited lack of training and lack of support from institution management as barriers to addressing reprisals. Civil society participants insisted that at a minimum, institutions and IAMs must publicly condemn reprisals when they occur, without requiring communities to “prove” the attacks are directly related to project complaints. Another good practice that emerged was to designate a focal point on reprisals within the IAM to act as a trusted liaison with community members.

Almost all IAMs offer compliance review and dispute resolution, but most do not allow complainants to use both functions simultaneously, or in a sequence of their choice. Participants discussed the benefits and drawbacks of sequencing investigations before or after mediation. They acknowledged that while the possibility of an impending compliance investigation is often important leverage for bringing clients to the negotiating table, many communities find it meaningful to first have an investigation to validate their complaints of harm, and then to negotiate remedies through mediation afterward.

Too often, financial institutions escape accountability for harmful projects by divesting without first ensuring remedy. This kind of “irresponsible exit” leaves affected communities with few options for recourse as some IAMs may not accept complaints about a project once the financial institution is no longer providing funding, and whatever leverage the institution once had over the client is greatly diminished. Discussion centered around the International Finance Corporation’s decision to pilot the development of responsible exit principles, with general agreement that principles alone will not be enough to protect communities. IAMs suggested that they could play a role in promoting responsible exit, including through automatically screening any project under consideration for divestment to identify impacts that should be remedied.

The day closed with remarks from David Hunter, an accountability scholar and one of the architects of the World Bank’s Inspection Panel. Hunter reflected on the immense progress that IAMs have made over the past three decades and called on IAMNet to strengthen its role by publicly taking a collective position on important issues, such as remedy and reprisals.

Accountability Counsel and other members of IAWG will continue to work with the IAMNet to amplify the voices of the communities seeking justice for harm caused by international finance. Read more about our policy advocacy here.