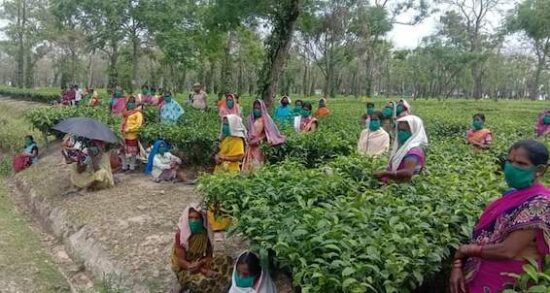 Nearly one out of five of all complaints filed to accountability offices raise issues related to livelihoods. We use two separate coal power plants based in Gujarat, India and Bargny, Senegal as case studies of how communities fight for the restoration of their livelihoods.

Despite the IFC listing poverty alleviation at the core of its mandate, the construction and operation of this power plant destroyed natural resources that generations of local families relied upon for fishing, farming, salt-panning, and animal rearing. The power plant discharged wastewater into the sea, leading to a drastic decline in the fish catch local communities depend upon. The construction of the plant also led to the economic displacement of local fishing communities (who also filed a complaint to the CAO), as well as destroyed sources of drinking water and water used for irrigation. In effect, the $450 million loan provided by the IFC resulted in the destruction of the livelihoods of the community.

Years later, in 2016, a fishing community in Bargny, Senegal filed a complaint about a number of issues arising from the funding of the 125MW Sendou coal-fired power plant. This community utilized the Independent Review Mechanisms (IRMs) of the African Development Bank (AfDB), the West African Development Bank (BOAD) and the Netherlands Development Finance Company (FMO) to report their grievances. Although the AfDB’s poverty policy specifies poverty reduction as one of the Bank’s overarching goals, the complaint raised concerns about the harm to the community’s livelihoods by the construction and operation of the Sendou power plant.

In Bargny, fishing and processing fish make up the primary source of household income for approximately 1,000** women and a considerable number of seasonal workers. However, by disposing of wastewater and heat into the sea, the plant negatively impacted the marine ecosystem, destroyed fish nursery sites, and increased thermal pollution.

The femmes transformatrices (fish drying women) of Bargny, like generations of women before them, traditionally earned their livelihoods by processing the fish brought home by the men. The construction of the plant, however, considerably reduced the space available for the women’s fish processing activities. This caused some women to abandon fish processing. Those who continue have estimated that they earn 30% to 50% less income than they did previously. The Sendou power plant was also built in dangerous proximity to the fish processing sites, making women’s work dangerous to themselves.

In addition, the power plant harmed agricultural activities, as it was built on the agricultural land of numerous families, as well as on sites promised for the resettlement of families who had lost their homes due to coastal erosion. For this reason, women either lost access to land where they grew grains, nuts, and vegetables for income generating purposes, or have had their crops ruined due to the release of ash and coal dust.

Analysis of data from the Console shows that 275 of 1,605 complaints (17% of overall complaints) raise concerns of harm to livelihoods, almost as many as those raising community health and safety issues (288 complaints; 18%), and just a fraction under those raising environmental issues.

The Console considers a case “closed with outputs” when the independent accountability mechanism (IAM) process completes at least one substantive phase with a tangible output (e.g. a publicly disclosed compliance report for a compliance review, or a settlement in a dispute resolution). For complaints that raised livelihoods issues, 73 complaints (26.5%) were closed with outputs.

The findings arising out of the compliance reviews of these complaints illustrate the devastating impacts on people and livelihoods when community members are not effectively consulted throughout the project design and implementation process.

As a result of the complaint by the Gujarat community, the CAO issued a report criticizing the IFC for its role in the Tata Mundra project. Amongst its key findings, the CAO found that the IFC did not effectively consult with fishing communities early in the project cycle process to assess, avoid, and reduce potential adverse impacts of the project. Notably, the IFC recognized that the Tata Mundra project would likely cause substantial harm to local communities from the outset, but failed to take necessary steps to protect local communities and the environment.

Since then, the IFC has largely rejected the CAO’s findings and has not taken meaningful steps to address the identified failings or remedy the harms caused by the plant, despite the CAO repeatedly calling for the IFC to remedy the harms in this case.

Comparably, as a result of the complaint by the Bargny community, the IRM found that the AfDB did not consult with the women fish processors and the seasonal workers in Bargny, despite prior knowledge of the impacts of economic resettlement for these women. The IRM also noted that the AfDB did not conduct a baseline social assessment. The AfDB later acknowledged the project was non-compliant with its own policies, including a lack of community consultations and due diligence to understand the impacts on local livelihoods.

However, in its action plan the AfDB recommended maintaining the site of the fish processors if possible, and otherwise providing them with compensation, including the establishment of a fish-processing facility in a non-coastal site. In response, the women criticized the action plan for its lack of consultation once again, stating “it is in no way conceivable to relocate women whose activities depend exclusively on access to the sea.”

Unfortunately, the fight is not over yet for either of these communities.

In 2020, after the Senagelese government designated Bargny’s coast a “special economic zone”, the Turkish steel giant Tosyali Holding announced plans to build a mining and steel complex next to the Sendou station. A complaint has been filed once again to protect the little space left for women to dry and process fish, and the community continues to urge the company to comply with OECD guidelines and engage in dialogue with them.

Earlier this week, the US Supreme Court turned down an appeal from the Gujarat fishing community in Jam v. IFC on the basis of immunity. Despite this disappointing result, the general counsel noted that the community would continue to fight for justice: “They don’t have the luxury of giving up.”

These cases highlight the need for improved due diligence and consultation processes, as well as stronger enforcement mechanisms for projects that come with a risk of harm to livelihoods.

IFIs bear a responsibility to engage and consult local communities about development projects that affect their land or livelihoods during the due diligence phase and throughout the development of management action plans where IAMs find non-compliance.

In order to ensure IFIs are following their own mandates, stronger enforcement mechanisms are required to bring projects into compliance and redress harm to communities. IFIs must urgently create remedy frameworks, outlining how they will respond to harmful projects and ensure communities are made whole. In addition, all IAMs should strengthen their mandates to monitor cases until all non-compliance has been remedied, as verified through site visits and community consultation.

**The number of affected women is disputed. Compagnie d’Electricité du Sénégal (CES), which received a loan of EUR 5 million to develop and operate the Sendou Power Plant, asserts that only a small number of women have been affected; Compliance Review Report, page vii.