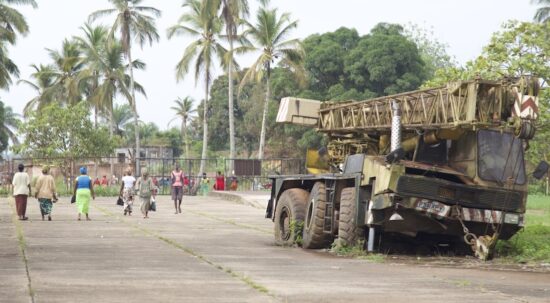 In this article, we look closely at complaints that allege gender-based violence (GBV) and GBV-related harms, and theorize about why we don’t see more GBV concerns in the complaints given the pervasiveness of GBV. This article is part 4 of a series exploring the issues raised in community-driven complaints to Independent Accountability Mechanisms (IAMs).

Gender-based violence (GBV), violence directed at an individual based on their gender or gender identity, occurs in every country and culture. Given that women make up 50% of the global population and that one in three women will experience physical or sexual violence in their lifetime, GBV is one of the greatest threats to human security globally. The effects of GBV are felt at the individual, family, and community levels, and can have long-lasting consequences on economic performance and human development outcomes.

Theoretically, development projects provide opportunities for women to improve their wellbeing by increasing their income and socio-economic status. But even well-designed and socially conscious development projects can have unintended consequences for women’s physical security. One way to understand how and when women are particularly harmed by a project is to hear directly from communities that have cited GBV as a main concern in their complaints to an Independent Accountability Mechanism (IAM).

IAMs are forums through which individuals or groups can raise concerns when they face harm as a result of a public or private sector project, investment, or business-related activity financed by a participating financial institution. They operate independently of the Development Finance Institution (DFI) in which they are housed, but report directly to the bank’s board of directors and rely on the institution for funding. When they function well, IAMs can be efficient, flexible, and cost-effective means of addressing and resolving disputes. Over 1,500 complaints have been filed to IAMs in the last 25 years, raising concerns of displacement, environmental harm, lack of consultation, and violence, but only 10 complaints explicitly raise GBV as a potential or actual harm caused by a project. Despite making up a tiny fraction of all complaints, GBV-related complaints arise from projects in multiple sectors and countries.

This article provides an analysis of complaints that allege GBV-related harms and theorizes about why we don’t see more GBV concerns in the complaints given the pervasiveness of GBV. Data in this article is from the Accountability Console, which is the world’s most comprehensive database of community complaints filed with IAMs about the impacts of internationally financed projects. This article also provides summaries of specific cases to provide qualitative context of GBV-related harms caused by development projects across sectors and countries.

Complaints alleging GBV also come from multiple countries and regions, including East and West Africa, Asia, and South America. This indicates that GBV is widespread geographically, although a larger sample size is necessary to make an informed conclusion.

GBV comes in many forms and is usually perpetrated by more than one source. In the worst cases, women face GBV at home, in the workplace, and in public. Large scale development projects can contribute to GBV by causing economic and social upheaval, which may cause women to seek economic opportunity at the expense of their physical safety. For example, a complaint was submitted in 2019 to the Compliance Advisor/Ombudsman (CAO) of the International Finance Corporation (IFC) on behalf of twenty-two communities from Margibi and Bong counties in Liberia who have been affected by a rubber plantation developed by Salala Rubber Corporation (SRC). In the complaint, the communities allege that, “At SRC, women are sexually abused…Contractor heads often harass and assault women who were hired, applied for jobs, or merely sold food to workers at SRC. It is not uncommon for contractor heads to request sex from women before hiring them, or demanding sex before paying them for jobs they have already completed,” Because SRC has destroyed the land and livelihood of these communities, many women struggle to provide for their families and are forced to work at SRC despite the abuse. The rubber plantation encompasses the town, which makes even regular outings dangerous for women. It is especially unsafe to be out at night: “If a woman travels after six in the evening, she can expect to get raped.”

The communities affected by SRC cited GBV as a main concern with the project and were able to provide examples of violence in their complaint. This is not always possible, and GBV often goes unreported. For example, in 2011 more than 400 Haitian farmers and their families were forcibly displaced from their land, leaving them in a state of financial and food insecurity. They had survived the devastating 2010 Haitian earthquake only to lose their land to the Caracol Industrial Park (CIP). Community advocates were aware that GBV was occurring as a result of the economic and social upheaval caused by the project, so community advocates partnered with women-led organizations to understand the issue and to organize “safe spaces” for women to share their experiences. Unfortunately, women still did not feel comfortable coming forward due to risks to their reputation and physical safety. Therefore, no specific instances of GBV were not mentioned in the complaint.

Why Don’t We See More Complaints Related to GBV?

The examples of GBV in complaints are shocking, but one has to wonder: if GBV occurs everywhere, then why do we not see more complaints alleging GBV? This article posits four key theories that, either on their own or in conjunction with each other, may explain the lack of complaints alleging GBV. Briefly, these theories state that GBV is underreported, eclipsed by other harms, unacknlowedged by existing safeguards, and overshadowed by the concerns of the community writ large.

GBV is consistently an underreported issue, not just in the development/IAM complaint context. It has been found that only 7% of women globally who have experienced violence have reported to a formal source such as the police, health systems, or social services. A woman’s willingness to report GBV is influenced by many socio-cultural factors including distrust of institutions, fear of retaliation by the perpetrator, or social stigma. Those socio-cultural factors also affect women’s willingness to disclose GBV in their community’s complaint to an IAM. It is also possible that women lack confidence in the IAM process and would rather not risk the social stigma and danger associated with reporting their abuse. That is understandable, considering that the majority (69.9%) of complaints are closed without outputs. Whatever the reason for underreporting, just because it isn’t mentioned in the complaint doesn’t mean that GBV isn’t a real or perceived harm from a project.

GBV is Eclipsed by Other Harms

In some cultures, GBV is so pervasive that women’s tolerance of abuse is high. As such, increases in GBV may not be seen as an urgent issue. Therefore, when communities prepare to file a complaint alleging harms done by a project, GBV may be eclipsed by more urgent concerns. It is also possible that other types of harm create the conditions for GBV to fester, making GBV a symptom of a larger issue. One could test this theory by using the DocSearch feature on the Console to investigate how often GBV comes up in complaint documents but is not listed as a main concern. A simple search with the term “gender-based violence” brings up 10 complaints, one more than when GBV was listed as a main concern. Other search terms and filters could be used to create a more comprehensive analysis of how often GBV is eclipsed by other harms.

The World Bank, International Finance Corporation, and several other multilateral development banks lack any explcit safeguards for mitigating and addressing gender based violence. These institutions claim that GBV concerns are covered under broader “do no harm” safeguard policies, but identifying and preventing GBV often requires specifically tailored interventions and consultations that can easily be eclipsed or ignored due to the factors referenced above. Furthermore, the absence of explicit GBV policies may be reducing the likelihood of complainants to reference GBV-related harms when referencing the ways in which a particular project has violated a bank’s operational policies.

GBV of Underrepresented Groups is Eclipsed by Broader Community Concerns

To the extent that GBV is underreported, eclipsed by other harms, or concentrated in a subset of the community, there is no way of knowing the full extent of the issue. We know that GBV occurs in every country and culture, but the lack of reliable data makes it difficult for researchers and advocates to address the issue in a meaningful way. The brunt of this burden may fall on community advocates and local NGOs to create environments where women feel safe alleging GBV in a complaint. Community advocates and local NGOs should also be more intentionally inclusive of underrepresented members of the community. For example, Accountability Counsel employs a respect-based approach which “identifies and addresses forms of marginalization and hierarchy that are specific to each community.” This approach helps mitigate issues of marginalization and exclusion and ensures that every member of the community is an engaged participant in community decision-making. This approach specifically encourages women to share their perspectives whenever possible while still being respectful of community leadership structures, which are often male dominated.

DFIs should also consider their role in perpetuating GBV and implement strict project design regulations that take women’s well-being and safety into account. Having targeted GBV mitigation and response plans can go a long way in preventing abuse and holding perpetrators of project-related GBV accountable. Additionally, DFIs should commit to ensuring that IAM processes are effective enough to fully investigate and address GBV concerns alleged by communities, in a manner that respects the privacy and dignity of the victims. Allegations of GBV often require a more confidential and delicate approach than allegations of other types of harm. Strict IAM policies that require complainants to provide names and eye-witnesses are likely to deter women from coming forward, given the risks to their reputation and physical safety.

As more data on GBV in complaints to IAMs becomes available, researchers and advocates must continue to analyze when and why GBV persists in development projects. Further research could focus on which sectors are more likely to produce GBV-related complaints, if some regions experience more GBV-related complaints than others, and the policy implications of underreporting GBV. Further research should also acknowledge that people with more diverse gender identities experience GBV and experience even greater obstacles to seeking redress.