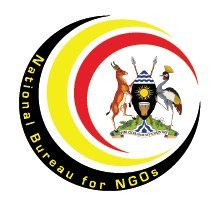 We are deeply concerned by the statement released by the government of Uganda last Friday announcing the suspension of 54 civil society organizations. The suspension order by the National Bureau for Non-Governmental Organisations affects organizations including environmental, human rights, religious and electoral advocacy groups. This move is the latest escalation in a rapidly worsening environment for civil society actors in Uganda over the past year.

Among the groups included in the order is Witness Radio, an advocacy and media organization with a mission to promote and protect economic, social and cultural rights and development in Uganda, and one of Accountability Counsel’s case partners.

The NGO Bureau claims that the suspensions are due to failures to comply with relevant legislation, including operating with expired permits, failing to file annual returns or failing to register with the NGO Bureau. Yet the manner in which the suspensions were carried out and the broader context of the NGO Bureau’s decision tell a far different story. Organizations report they were given no prior notice or opportunity to correct the alleged violations, learning of the suspensions for the first time through the NGO Bureau’s public press statement. Some Ugandan NGOs have already responded with public statements denouncing the claims against them and posting evidence of their compliance with relevant legislation.

The suspensions follow a growing pattern of government pressure and retaliation against civil society, from security forces raiding election-monitoring operations to harassment and arrest of civil society leaders, environmental advocates and other voices critical of government actors or policies. These acts have brought growing criticism from UN experts and human rights groups.

In the case of Witness Radio, the suspension comes just two months after they filed a complaint to the World Bank Inspection Panel, with support from Accountability Counsel, on behalf of a community on the outskirts of Kampala facing forced eviction without adequate compensation in connection with a government-backed and World Bank-funded drainage channel project. Two of Witness Radio’s team members were arrested last December, shortly after the group began working on the same drainage channel case and just weeks before they filed a court case demanding an injunction to halt illegal evictions of families living in the planned path of the channel.

Free and open civil society space is critical to a safe, stable and well-functioning democracy. For multilateral development banks like the World Bank, it is a foundational building block for any project in a host country to succeed. Without it, citizens – who are the ultimate intended beneficiaries of any development aid – have no ability to provide feedback or raise concerns, preventing any real assessment of development effectiveness or accountability for negative impacts arising from these projects. Yet closing civil society space is a growing problem, not only in Uganda but in other countries in the region and internationally. We condemn the recent crackdown on civil society organizations in Uganda and urge development institutions to confront this growing trend of closing civil society space and recognize the inherent threat it brings to their work.