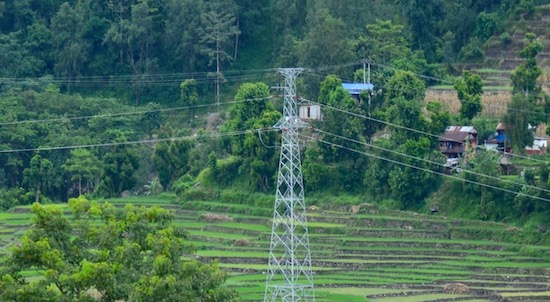 Part 1 of a series exploring the issues raised in community-driven complaints to Independent Accountability Mechanisms (IAMs) as captured on the Console, with analysis of how to understand, interpret, and compare the data.

An analysis of complaints in the Accountability Console reveals that the harms most consistently cited by communities across the world were related to inadequate or nonexistent consultation, disclosure, and due diligence. These violations have harrowing consequences for communities and international financial institutions (IFIs) alike, and the ubiquitous presence of this type of harm globally presents an urgent need for community voices to be better heard and represented in international development finance.

The story behind one consultation failure in Nepal

Just last week, these consequences were on display in a compliance report that was publicly released following the investigation of a transmission line corridor in Nepal, a nearly 100 million Euro European Investment Bank (EIB) investment into the Nepal Power System Expansion project. The years-long investigation was prompted by a complaint filed in October of 2018 by communities and Indigenous Peoples in the Lamjung District of Nepal, which raised concerns regarding the direct community impacts of the 220kV Marsyangdi Corridor section of the transmission line. The communities’ main concern was that the project and authorities have failed to take steps to seek local peoples’ free, prior, and informed consent (FPIC), and that the project authorities have failed to provide meaningful information disclosure and consultation about the project’s environmental, human rights, and economic livelihood impacts.

The recently released landmark EIB Complaints Mechanism investigation found that the EIB overlooked the project’s impact on Indigenous Peoples, including that a mandatory FPIC process was not conducted. FPIC is an international legal standard empowering Indigenous Peoples to give or withhold consent to projects affecting them and their territories. The report also found major flaws in public consultation processes, with low participation levels particularly of women. In one project area, the total number of people who attended public consultations was as low as one percent of the total population. This investigation presents strong evidence of failures to abide by EIB rules and international legal commitments. The compliance report for the transmission line in Nepal is a victory for communities in Lamjung, and will serve as a stark reminder of the importance of consultation, disclosure, and due diligence. 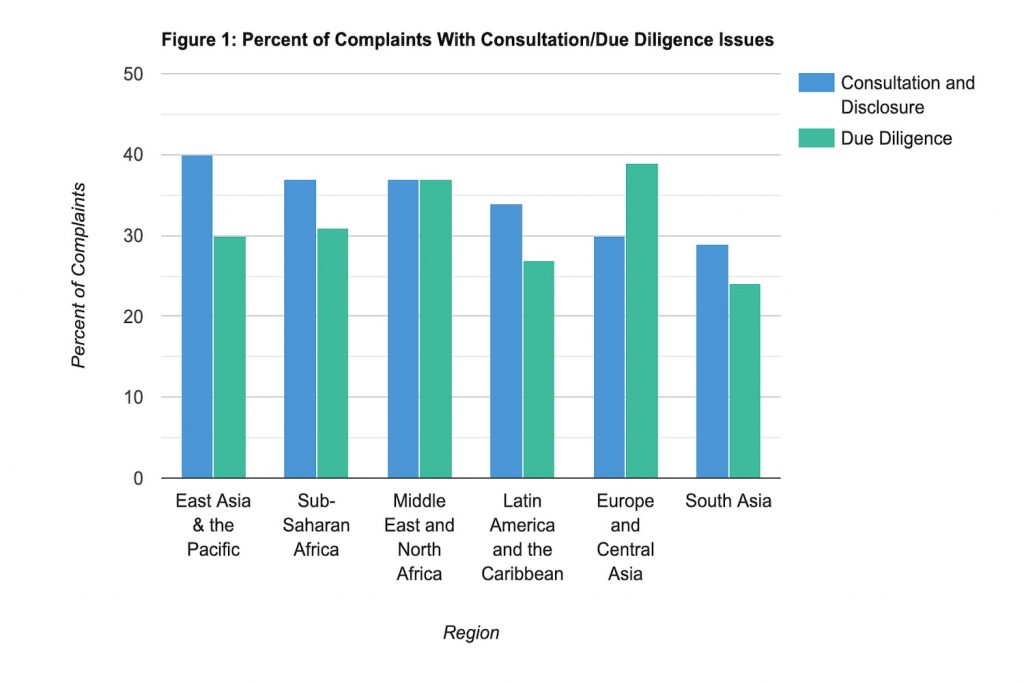 On the Console, “consultation and disclosure” issues refer to inadequate or absent consultation about or disclosure of project information with project-affected peoples, including project impacts and/or mitigation plans (see, for example, World Bank consultation guidelines). “Due diligence” refers to inadequate or absent prior investigation of project impacts, including requirements such as environmental and social impact assessments (see, for example, UNDP’s due diligence policy, and the EBRD’s social and environmental impact assessment policy). Consultation and disclosure issues can take the form of neglecting to provide project documentation in a community’s local language or in an accessible medium, or a failure to provide a process for the community to raise questions or concerns about the project, and have those concerns addressed. Similarly, due diligence issues can arise when an IFI does not send representatives to a community to conduct a site visit prior to investing and during project appraisal stages. Regardless of the form it takes, absent or inadequate consultation and due diligence excludes communities from spaces where their voices are needed most. 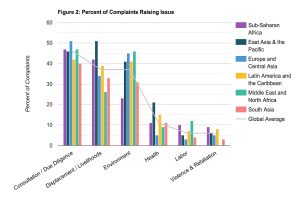 The prevalence of consultation and due diligence concerns in complaints to IAMs has been observed in the field for years. As noted in Glass Half Full?, a comprehensive report on the state of accountability in development finance released in 2015, “consultation and disclosure” and “due diligence” were among the most common issues cited in complaints, raised in more than 40% of complaints. The other most commonly cited issues (environmental issues, displacement, and livelihoods) will be the subject of future newsletter articles. The longstanding global trend in absent or inadequate consultation and due diligence has grave consequences. Development projects that are designed to benefit communities cannot do so without consulting with and involving communities meaningfully in all stages of the project, including project design, risk factors, and mitigation measures. Communities, like those in Lamjung facing down a major transmission line, are best placed to understand the ultimate impact of a proposed project, and when proper consultation with local and affected communities is not carried out, critical local expertise is lost.

Consequences of the prevalence of this issue

Inadequate community consultation and due diligence also robs project-affected communities of their basic rights, as their environment, their livelihoods, and even their lives are placed in jeopardy. A failed biomass project in Liberia provides a clear example of the perils of failed consultation in terms of project, community and environmental outcomes. The report Accountability in Africa, issued by the African Coalition for Corporate Accountability (ACCA) and Accountability Counsel, finds that “…because of a lack of community consultation and due diligence, the project was characterized by serious abuses and drove impacted communities further into poverty.” Communities that were self-sustaining before the project was implemented now suffered from the contamination of local water sources, which resulted in at least one death. Community members experienced “debilitating and permanent injuries from workplace accidents” after not receiving proper equipment and training. Female workers were routinely subjected to sexual harassment by project employees. The report concludes that “appropriate due diligence in this case would have, at a minimum, included consultation that ensured that local people were provided with accurate information about the project and potential risks.” Even the project itself can suffer from a lack of consultation and due diligence, as described in this report on the Costs of Company-Community Conflict in the Extractive Sector.

The prevalence of consultation, disclosure, and due diligence issues across complaints globally, coupled with acute knowledge of the devastating impacts to communities that can occur when excluded from the development process, raises serious concerns. Console data clearly shows that IFIs consistently fail to conduct sufficient consultation and disclosure and proper due diligence, resulting in harm to communities regardless of where they call home.

IFIs must adopt and implement procedures that better integrate communities’ lived experiences into all development projects. Such outreach must put communities in their rightful position as meaningful participants in decision making processes that affect them. While issues of consultation, disclosure, and due diligence are among the most frequently raised issues in complaints to IAMs, they are also among the first instances of harm that communities experience from development projects, and when not done adequately, often open the door to further subsequent harm and human rights violations. Unfortunately, incentive structures at financial institutions rarely reward this type of careful, “do no harm” approach. Changing these underlying incentive structures can promote systematic changes to ensure that proper community consultation and disclosure and project due diligence takes place. Engaging with communities meaningfully and early on can also prevent other subsequent harms from occurring, making these processes ever more vital to the protection of communities’ human rights and adherence to existing social and environmental safeguards.