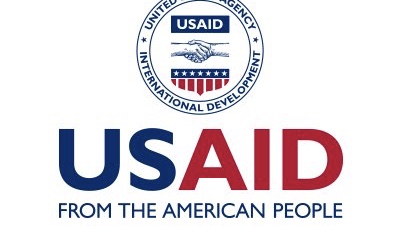 Today Accountability Counsel submitted comments on the U.S. Agency for International Development’s (USAID) draft Gender Policy. USAID provided very little time for public comment on the policy, and our submission called on USAID to extend the consultation to ensure that stakeholders can provide feedback on this important policy. We also urged USAID to ensure that the policy truly promotes equality and nondiscrimination and to create an independent accountability mechanism to address any negative gender impacts from USAID projects. Read the full letter below and read more about our USAID advocacy here.

To whom it may concern:

around the world to protect their human rights and environment.  As advocates for people impacted by development projects, we assist communities seeking to have a voice in the development decisions that affect them.  In this regard, we are writing to provide comments on USAID’s draft Gender Policy to ensure that communities are not harmed by USAID activities.

The consultation period for the draft policy is unacceptably short – even after an extension, the public has been given just nine calendar days.  Given USAID’s development mandate and its potential to positively impact communities around the world, it is crucial that such an important framework be opened up to the general public for an adequate consultation process.  By not giving the public sufficient opportunity to comment on the draft Gender Policy, USAID risks missing out on valuable feedback that would strengthen the policy and delegitimizing the policy in the eyes of stakeholders.  USAID should provide a significantly longer time period for comment (at least 60 days) and should host in-person or virtual consultations with stakeholders around the world to explain the changes in the new policy and provide an opportunity for dialogue on these changes.

Importantly, for the Gender Policy to be truly effective, communities must be provided with an opportunity to lodge grievances related to violations of the policy or any other negative environmental or social impact related to USAID financing.  Following the example of other international development organizations, including the new U.S. International Development Finance Corporation and its predecessor, the Overseas Private Investment Corporation, USAID should create an independent accountability mechanism.  An independent accountability mechanism is an independent office that facilitates a  process for addressing complaints and resolving disputes about the negative social and environmental impacts of a project.  In fact, the explanatory statement to the FY20 appropriations legislation called upon USAID to require the existence of “effective grievance and redress mechanisms for victims of human rights violations,” which USAID should answer with the establishment of an independent accountability mechanism.

By creating such a mechanism, USAID would have a useful tool for addressing negative gender impacts and violations of the Gender Policy that risk harming communities, causing reputational damage, and undermining the sustainability of USAID’s projects.  Additionally, an independent accountability mechanism would provide USAID a useful feedback channel that can provide lessons to strengthen future projects and policies.  Furthermore, an independent accountability mechanism would also be a fundamental component of USAID’s Journey to Self-Reliance strategy, as it would amplify the voice of the very people impacted by USAID’s projects.  We would be happy to discuss what a mechanism for USAID could look like, based on our collective experience across dozens of mechanisms at national and international institutions.