Indigenous Communities in Myanmar Are Taking Action Against Top-Down Conservation 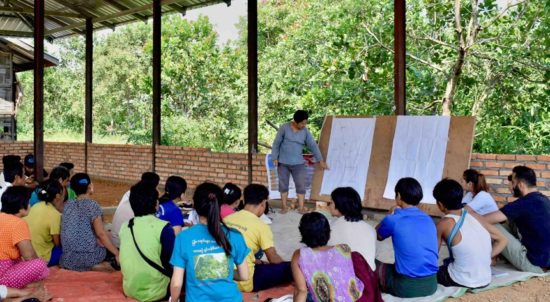 In Southeast Myanmar’s Tanintharyi Region, international organizations, financial institutions, and the government have the opportunity to reverse this harmful approach to conservation that ignores Indigenous voices and rights. The United Nations Development Programme (UNDP) is implementing the $21 million “Ridge-to-Reef” project through funds from the Global Environment Facility (GEF), with support from the Myanmar government, Flora and Fauna International, and the Smithsonian Institute. The project seeks to designate 3.5 million acres in Tanintharyi Region as a government protected area, including forest, coastal, and marine areas. This will add to the government’s large swathe of protected land in the Region that has a history of violating Indigenous rights. While the stated aim of these protected areas is to conserve the area’s rich biodiversity and fragile ecosystems, the government has instead given away much of the protected land for large-scale logging and other commercial exploitation, including granting concessions for commercial palm oil plantations. 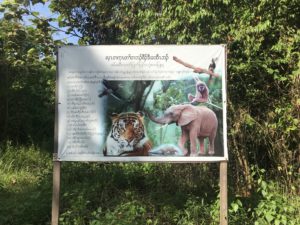 The Ridge to Reef project threatens not only the rights of those currently living in project areas, but also the rights of refugees and Internally Displaced Persons who have been forcibly displaced from their lands in the would-be reserve by Myanmar’s decades-long civil war, to safely return. The project is also jeopardizing the Region’s fragile peace process by excluding the Karen National Union (KNU), which jointly administers parts of the Region together with the government. By excluding the KNU, the project violates the 2015 Nationwide Ceasefire Agreement.

Now, a coalition of organizations supporting these communities, Conservation Alliance Tanawthari (CAT), is fighting to stop the massive Ridge to Reef project from depriving Indigenous communities of their land, natural resources, livelihoods, and culture.

CAT is calling on the UNDP to stop the Ridge-to-Reef project, which has failed to consult with Indigenous communities and secure their Free, Prior, Informed Consent, which is required under the UN Declaration on the Rights of Indigenous Peoples and is also a UNDP requirement. In August 2018, CAT filed a complaint to UNDP’s independent watchdog, known as the Social and Environmental Compliance Unit (SECU), requesting an investigation into violations of the UNDP’s social and environmental safeguards and calling for the suspension of the project.

“This project is being developed with a top-down approach to conservation that puts Indigenous Karen communities at risk,” said Naw Ehhtee Wah, coordinator of CAT. “We are calling on the government and UNDP to recognize and respect the customary lands and conservation practices of Indigenous communities. Until these are recognized in full, this project should not go ahead.” UNDP Myanmar has reportedly suspended the project until the investigation is completed. 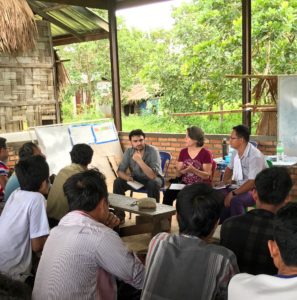 During SECU’s first investigation visit last month, about 150 community members stated decisively that they had not been consulted on the project and did not want it to move forward. Community members described the government’s track record of squandering the forest to commercial interests and showed SECU their own conservation efforts, including wildlife protection areas, community forests, fish sanctuaries, and herbal medicine forests.

Karen Indigenous communities have engaged in such efforts to manage and protect areas of important biodiversity for centuries. The Karen have a traditional system of natural resource management – called “Kaw” – which involves collective land ownership and decision making by traditional leaders. Unfortunately, Myanmar law currently does not recognize the customary tenure systems and conservation practices of Indigenous Peoples, some of which communities have needed to re-establish after decades of armed conflict. A model of Indigenous and local community conserved territories and areas (known as ICCAs) has already proven successful in Myanmar, including through the Salween Peace Park in Karen State. ICCAs provide a clear alternative vision to top-down approaches, demonstrating how conservation can be strengthened by respect for the rights of Indigenous Peoples.

Sadly, the flawed top-down approach of this UNDP project is not isolated to Tanintharyi Region. In fact, both the UNDP and GEF are implicated in other complaints brought by Indigenous Baka communities in the Republic of Congo and Cameroon against similarly harmful projects supporting protected areas that are evicting communities from their forest lands. SECU’s investigation is important both for the communities who hope to have their grievances investigated and remedied, and for these institutions, who have an opportunity to learn from recurring mistakes. SECU’s final investigation report in the Tanintharyi case is expected in early 2020. The report will include recommendations to the UNDP Administrator for how the project can remedy UNDP safeguards violations and respect Indigenous Peoples’ rights.

It is time for a paradigm shift amongst agencies financing and implementing conservation projects that recognizes the essential role Indigenous communities play in sustainably stewarding their natural resources. The UNDP has a chance to show true leadership by hearing the voices of Indigenous Peoples in Tanintharyi Region and understanding their vision for conservation.

Accountability Counsel is supporting CAT’s efforts through technical advice on the UNDP complaint process through our Communities program.