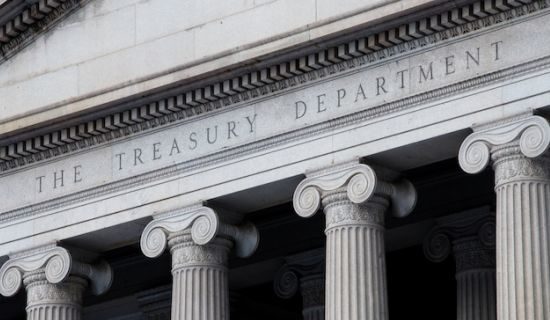 By Accountability Counsel, BIC and CIEL

(Washington, D.C., October 15, 2018) – Accountability Counsel, Bank Information Center (BIC), and the Center for International Environmental Law (CIEL) welcome the statement from U.S. Treasury Secretary Steven T. Mnuchin supporting many of the key advances we have been seeking with regard to accountability at the World Bank Group.

In an official statement issued prior to the Annual Meeting of the Development Committee of the World Bank and International Monetary Fund, Secretary Mnuchin stated that, in addition to “rigorous implementation of the new safeguards regime,” the World Bank Group’s independent accountability mechanisms (IAMs)—the Inspection Panel and Compliance Advisor Ombudsman (CAO)—must “also be in the best position possible to fulfill their mandates and provide adequate redress, especially for vulnerable communities.” The statement also made clear recommendations for increasing accountability, including expanding the list of sanctionable offenses by contractors to include gender- based violence, launching a review and reform process around the work of the CAO, and adding monitoring and dispute resolution functions to the Inspection Panel‘s “toolkit.”

The recommendations for reforming the Inspection Panel come at a time when a working group of the World Bank Board of Directors is actively considering potential changes to the mechanism, which was the first IAM to be established at an international financial institution but that now lags behind mechanisms which have since been vested with additional authorities and broader mandates. As part of that process, several civil society organizations and veteran practitioners recently signed onto a joint submission to the World Bank Board of Directors that called for strong monitoring and dispute resolution functions to be added to the Panel’s toolkit, among other important functions. Currently, the Panel is unable to monitor its cases after it issues investigation reports or to provide dispute resolution as a neutral, voluntary alternative to resolving grievances and conflicts—functions common among IAMs at other financial institutions.

The statement links this specific reform agenda to both the General Capital Increase (GCI), negotiated earlier this year, and the International Development Association (IDA) 18 replenishment that was agreed to in 2016. Noting that both the GCI and IDA replenishment packages called for increased investment in higher risk environments, the statement emphasized the need for increased vigilance through a stronger accountability system—including environmental and social policies, as well as strengthened IAMs.

While we welcome Secretary Mnuchin’s call for increasing accountability at the World Bank, we urge the U.S. government to ensure these reforms are ultimately adopted, and that appropriate, consultative processes are launched around expanding sanctions and reforming the Panel and CAO through its continued support for the GCI and IDA18.

Carla García-Zendejas, Director of the People, Land & Resources Program at the Center for International Environmental Law; cgarcia@ciel.org or (202) 742-5846.

Accountability Counsel is an independent, non-profit organization that amplifies the voices of communities around the world to protect their human rights and environment. As advocates for people harmed by internationally financed projects, we employ community driven and policy level strategies to access justice.

Center for International Environmental Law (CIEL) is an independent, non-profit organization that uses the power of law to protect the environment, promote human rights, and ensure a just and sustainable society.