To Be an “Honest Broker” in Nepal, the World Bank Must Be Fully Honest 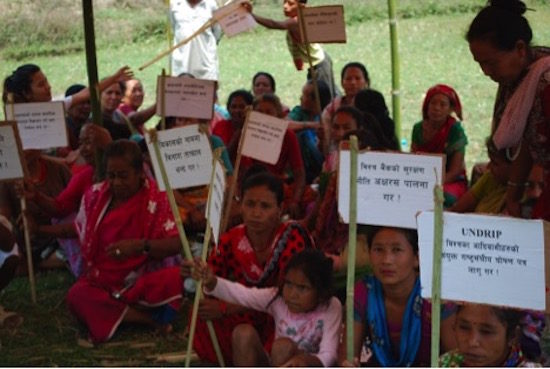 Ms. Shakti Sahanubhuti – name changed to protect identity – is a proud Indigenous landholder from Sindhuli district in central Nepal. She and her community – including Indigenous peoples, Dalits, women and other marginalized groups – are concerned about the health, safety, and economic impacts of the World Bank funded Khimti Dhalkebar Transmission Line (KDTL), implemented by the Government-run Nepal Electricity Authority (NEA). After significant delays, the KDTL project became operational earlier this year, but community concerns about the project remain unaddressed.

Misinformation and poor planning by the implementing authorities, coupled with lapses in the World Bank’s supervision, are root causes of the lack of community buy-in for the KDTL project. During their decade long struggle, Ms. Sahanubhuti, and others in Sindhuli, have been beaten, arrested and detained by security forces on multiple occasions while peacefully voicing their hopes and fears about the project. To make matters worse, World Bank reports have misrepresented ground realities, covering up human rights abuses by Nepalese authorities.

At the community’s request, the World Bank is supporting a landmark dialogue process to help amicably resolve all outstanding issues between the community and the NEA. With the dialogue around the corner, Ms. Sahanubhuti is hopeful it will bring much-needed closure. But she is also concerned that the NEA will rely on misrepresentations in previous World Bank reports to deny the human rights abuses against her and others in her community.

The World Bank is scheduled to provide another public report about the KDTL project to its board in August 2017. Ms. Sahanubhuti and others urge the bank to use this opportunity to correct its record. 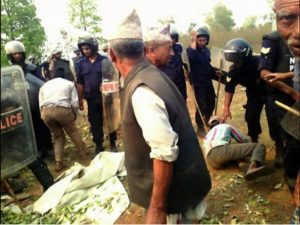 On November 12, 2012, local police beat Ms. Sahanubhuti and others in Sindhuli, for peacefully protesting the KDTL project. In July 2015, the World Bank’s independent complaints office released its investigation report finding the KDTL project violated the bank’s environmental and social safeguards policies. However, neither the World Bank nor the Government of Nepal has acknowledged their wrongs or apologized to Ms. Sahanubhuti or other community members. Instead, all through 2016, the government deployed armed police forces, using violence and coercion to silence community concerns about the project. 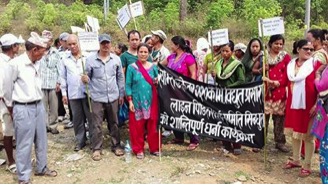 On April 10, 2016, community members were violently dispersed from a peaceful protest by armed police. On the same day, six community leaders, including Ms. Sahanubhuti, were arrested as they left a meeting with local authorities. They were detained overnight and released the following day after being coerced to sign a form assuring that they would no longer obstruct project construction. The community leaders were told that they would face criminal charges if they did not sign.

A week after the detention, on April 17, 2016, community members held a protest at the office of the Chief District Officer. They wanted to emphasize that they had ongoing concerns about the KDTL project. 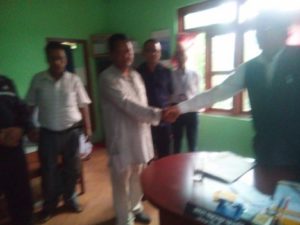 Supporting organizations including the local Sindhuli-based Struggle Committee of project-affected peoples informed the World Bank about these developments as they happened. However, in August 2016, the World Bank released its First Progress Report on steps taken to address the safeguards violations in the KDTL project. Much to the community’s alarm, the first progress report had the effect of covering up Nepalese authorities’ human rights abuses against the community.

The First Progress Report falsely represents that there was an agreement in April 2016 and that it marked an end to community resistance to the KDTL project. The World Bank painted community protests after April 2016 as aberrations without principled reasons. It also failed to mention the repeated use of violence and coercion by Nepalese authorities in July 2016. The World Bank appears to have relied on forms signed through coercion, hastily taken photographs of handshaking between local authorities and Struggle Committee leaders, and hearsay that the community supports the project. 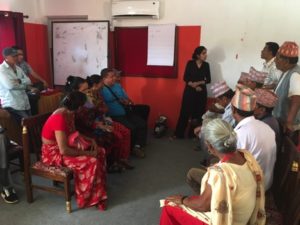 Fortunately, at the community’s urging, the NEA – with support from the World Bank – has hired a mediation expert to address the power imbalance between the community and Nepalese authorities, and bring the parties together to address the legacy of mistrust, misinformation and violence in the KDTL project. The facilitator’s terms of reference envision the dialogue as a space for the affected community to finally discuss project impacts with the authorities, receive complete and accessible information, and have their outstanding concerns addressed.

World Bank must be an “honest broker” in Nepal 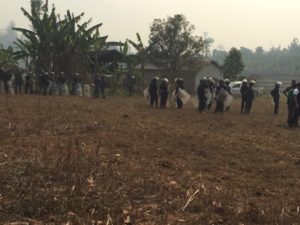 But to be an “honest broker”, the World Bank must necessarily be fully honest. And to be fully honest, the bank must correct misrepresentations from its First Progress Report. Correcting the record is crucial now that the dialogue process is starting. In the dialogue, the community is asking the Government of Nepal to take responsibility for its human rights violations. Community members, including Ms. Sahanubhuti, are concerned the Government-run NEA will undermine them by pointing to the World Bank’s First Progress Report, which fails to mention any violence or coercion by Nepalese authorities, and instead unequivocally celebrates a so-called agreement in April 2016. 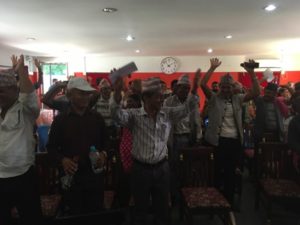 Quick break to re-energize during a community meeting about the dialogue (Credit: Accountability Counsel)

World Bank has the perfect opportunity to correct the record

The World Bank’s upcoming Second Progress Report, to be released in August 2017, offers a perfect opportunity for the Bank to clarify its public record. Community members like Ms. Sahanubhuti – and others around the world who are watching – hope the World Bank will rise to the occasion, and live up to its self-proclaimed role as an “honest broker”.