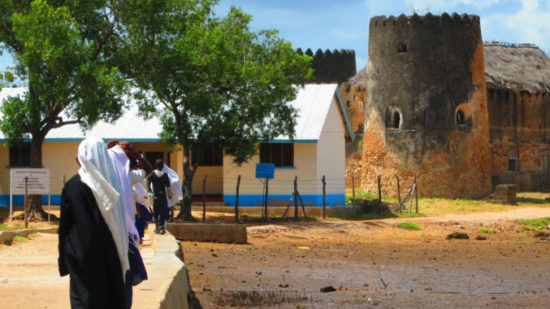 At the heart of all of Accountability Counsel’s cases are community members who were denied their basic right to participate in decisions that critically impact their lives.

We have cases all over the world, representing diverse communities with vastly different life experiences, yet all of Accountability Counsel’s cases present this same basic pattern: powerful actors – governments, companies, banks – exclude community voices from “development” projects, predictably leading to serious harm. Thus, in Colombia, children like 10-year-old Gabriela Acosta are suffering from hearing loss and related learning disabilities because operators and financiers of Bogotá’s El Dorado International Airport have refused to listen to community demands to implement basic noise mitigation. In India, the World Bank Group’s International Finance Corporation invested in Assam’s tea plantations despite freedom of association violations that have helped perpetuate seriously exploitative conditions for workers that have not changed since communities were forcibly brought from central India over 150 years ago. The list goes on and on.

The risks of speaking out against the interests of powerful project proponents are serious and well documented. At Accountability Counsel, we’re always worried about the safety of our clients and partner organizations.

Yet, the frequency of these security threats doesn’t lessen the blow when we hear that another case is veering toward violence: in Kenya, our long-time partners Save Lamu are reporting a pattern of intimidation and harassment by government officials and police, aimed at undermining their credibility and preventing them from holding community meetings and peaceful protests.

Save Lamu, a coalition of over 40 local civil society organizations, envisions “a culturally, socio-economically and politically empowered community, striving to secure our natural resources and sustain a green environment.” They are focused on empowering local community members to be informed participants in Lamu’s development.

Lamu is home to a UNESCO World Heritage site marked as the oldest Swahili settlement in East Africa. It hosts a remarkably pristine, rich ecosystem, including 70 percent of the country’s mangroves. Communities in Lamu are facing what National Geographic has described as an “existential crisis” – construction of a $2 billion coal-fired power plant, the first in East Africa. The coal project poses risks to public health and to Lamu’s marine environment, threatening the livelihoods of those involved in Lamu’s two most important industries: fishing and tourism. The Kenyan government is also planning to build a massive port and an oil and gas pipeline in Lamu, which pose their own social and environmental risks. The African Development Bank (AfDB) is in the background of each of these projects: considering a partial risk guarantee for the coal plant; providing a grant to accelerate development of the port; and potentially considering support for the pipeline.

Save Lamu and other members of the DeCOALonize campaign are positioned to prevent the classic scenario of excluded communities resulting in human rights and environmental abuses. In a hard-fought victory, Kenya’s National Environmental Tribunal has temporarily stopped construction of the coal plant while it considers claims regarding the insufficiency of the project’s social and environmental impact assessment and public participation process.

This pause in construction is critical because public awareness about the project – perhaps by design – is low. Kenyan authorities held their public hearings on the project in an inaccessible location. In community consultations, the company has emphasized project benefits (the credibility of which are questionable), avoiding detailed responses to questions about negative impacts. While construction is halted, Lamu communities have a chance to learn about the coal plant’s livelihood, health and environmental risks.

Save Lamu wants to help correct the information and access barriers to participation by engaging with the broader Lamu community, sharing the potential risks of the coal plant and other projects in the region and discussing a way forward. However, success depends on Save Lamu’s ability to hold community meetings. In the last few months, intimidation by government officials who are in favor of the coal plant has forced Save Lamu to postpone several community information sessions. The seriousness of the threats is increasing, with police being sent to directly interfere with meetings, intimidating participants and hosts. All of this in a country context in which environmental and human rights defenders face death threats and violence against themselves and their family members.

The risk of the situation in Lamu escalating is real. The AfDB and other supporters of the coal plant must immediately raise these concerns with relevant state authorities and safeguard the communities’ basic rights to access to information and public participation. Lamu’s social and environmental future is at stake, and local communities need a voice in what kind of future that turns out to be.