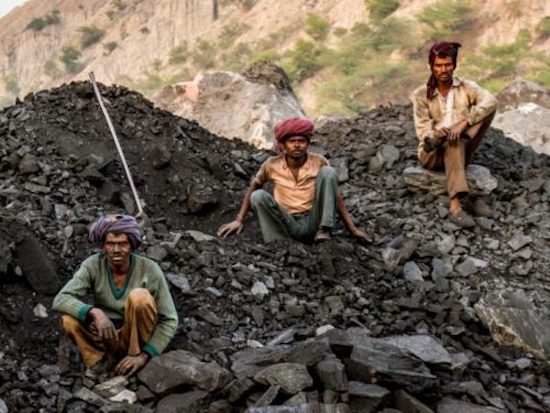 The World Bank Group has secretly funded a coal boom in Asia despite announcing a moratorium on such projects in 2013, according to the results of a new investigation.

World Bank President Jim Yong Kim has spoken forcefully about the dangers of new coal projects. “If Asia implements the coal-based plans right now, I think we are finished,” he said. Yet the World Bank continues to fund coal and other projects that have led to severe environmental damage and human rights abuses through multilayered financial transactions that exist beyond the scrutiny of the public.

The International Finance Corporation (IFC), the World Bank’s private-sector arm, is funding these projects through its highly opaque support for commercial banks, private equity funds and other financial intermediaries.

During a months-long investigation, Inclusive Development International, a human rights organization, uncovered 91 harmful projects that the IFC is funding through the back door. Many of the projects are coal-fired power plants that are accelerating global climate change and deforestation. The research tackled only a small portion of the IFC’s sprawling financial-sector portfolio, doubtlessly leaving many projects uncovered. Despite the limited scope, the findings strongly suggest that the problem is widespread and systemic.

“This shocking exposé lays bare the IFC’s climate double-whammy: not only funding a boom in coal-fired power plants, but also tearing down the forests to mine the coal. It’s clear that IFC lending in the financial sector is out of control and directly undermining President Kim’s climate pledges,” said Kate Geary, Forest Campaign Manager for Bank Information Center, Europe.

Financial-sector lending represents a sea change in how the IFC does business. After decades of lending almost exclusively to companies and projects, the World Bank Group member is now outsourcing the bulk of its development work to for-profit financial institutions. Between 2011 and 2015, the IFC provided US$40 billion to these financial intermediaries, who then invested the money as they saw fit, with little apparent oversight.

“The IFC contends that financial-sector lending is helping small businesses in developing countries access credit, driving economic growth and reducing poverty. Yet our investigation found that IFC’s intermediaries are in fact using World Bank Group funds to bankroll some of the largest, most harmful corporations in the world,” said David Pred, Managing Director of Inclusive Development International.

The results of the investigation, released today, reveal that projects and companies financed by IFC clients have forcibly evicted and impoverished tens of thousands of people. They have contributed to climate change, polluted the oceans and rivers, and killed endangered species. Activists who have dared to resist them have been jailed, beaten, and even murdered.

The projects come from a range of high-risk sectors, such as energy, agribusiness, mining, transportation and infrastructure. They are located in Asia, Africa, and Latin America. The findings include some of the most notorious development projects in the world. Yet until now, the IFC’s involvement was unknown.

“The results of this research are disturbing. Yet what’s arguably even more scandalous is how the IFC conceals where its financial-sector investments ultimately end up. The only way to find this information is to use expensive financial databases and painstakingly pore over company records, putting it out of reach for most affected communities,” said Pol Vandevoort, International Financial Institution Policy Officer with 11.11.11.

The projects include the proposed Rampal coal plant, located in Bangladesh, which will devastate the Sundarbans, the world’s largest remaining mangrove forest, and harm the lives of 2 million people. In Africa, the IFC is connected to some of the continent’s largest land grabs, including agribusiness plantations in Gabon, Mozambique and Ethiopia. In southeast Asia, it is fueling a destructive coal boom and hydropower projects that have or will displace hundreds of thousands.

“While the IFC has tried to distance itself from the projects funded by its intermediaries, the fact is that these banks are brazenly disregarding the IFC’s environmental and social requirements. As a result, the World Bank Group has ended up fueling and profiting from business activities responsible for enormous human suffering, environmental devastation and in some cases serious crimes,” said Pred.

Inclusive Development International, in collaboration with its partners Bank Information Center, Accountability Counsel, Urgewald, and 11.11.11, has released the results of this investigation on its website, where it will be periodically updated with new findings. Over the next six months, the organizations will publish a series of investigative reports, entitled Outsourcing Development: Lifting the Veil on the World Bank Group’s Lending Through Financial Intermediaries, which follows the trail of IFC money and looks at how it impacts people on the ground in developing countries.

The first report in the series, which was released today, examines the contribution of IFC intermediaries to climate change and the destruction of forests. The report, “Disaster for Us and the Planet”: How the IFC is Funding a Coal Boom, reveals how IFC financial-sector clients have funded at least 41 coal projects since the World Bank announced its moratorium on new coal funding.  These new projects have a combined capacity of over 56,000 megawatts. To put that in perspective, that’s the entire coal-generating capacity of Germany.

In the Philippines, an island nation that is extremely vulnerable to climate change, the IFC is fueling a coal boom through two commercial banks, Rizal and BDO Unibank. After receiving hundreds of millions of dollars from the IFC, the banks have gone on to fund at least 20 new coal plants.

“Coal kills, and the World Bank’s investments are literally killing the people of my country by exacerbating our vulnerability to climate change,” said Valentino de Guzman of the Philippine Movement for Climate Justice. “The bank, together with its local cohorts here, must answer to the Philippine people and be held accountable.”

“The lack of oversight by the board of directors must end. Influential World Bank shareholders, including Germany, must address and overcome this systemic failure of the IFC”, said Knud Vöcking, director of Urgewald’s program on International Financial Institutions.

The groups are calling upon the IFC to stop investing in banks that fund coal and other destructive projects and start bringing its financial sector investments into line with its Environmental and Social Performance Standards.

The database of IFC Financial Intermediary sub-Investments with serious social, environmental and human rights risks and impacts is available here.