The Human Cost of Airports 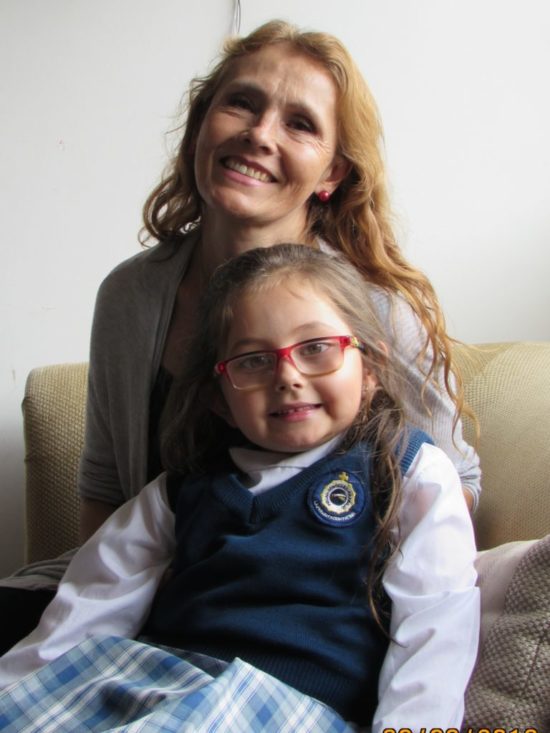 When we talk about airports, we don’t often talk about the harm to those living nearby. The families trying to sleep, to talk to one another, to concentrate on their work or study; those suffering severe physical and psychological stress, including hearing loss, cardiovascular disease, and insomnia; and those simply trying to have a moment of calm in the security of their homes. Like all who have not been touched by these circumstances, I didn’t talk about this human cost until I met Gloria. And the Inter-American Development Bank (IDB) didn’t when it invested in the expansion of El Dorado International Airport in Bogotá, Colombia.

Gloria lives in Fontibón, a densely populated locality on the periphery of Bogotá which borders El Dorado International Airport. Fontibón’s houses and buildings press up against the airport, with only a road and, for some, a mound of dirt separating residents from the runway and aircraft. It wasn’t always like this. Fontibón has a long and proud history, populated by indigenous peoples since 600 AD. The airport was built in Fontibón’s backyard, not the other way around.

Gloria’s home does not have noise insulation, even though she lives within one of the worst-affected areas. The noise generated by the airport is so loud that when a plane flies overhead, she has to pause any conversation (she could keep talking, but you wouldn’t hear her). If Gloria or her family can sleep, they wake many times a night.

Colombia’s civil aviation authority, Aerocivil, says that it has insulated more than 12,000 homes, but Gloria – and many others – missed out. A 2012 study of noise-affected areas by Bogotá’s Secretary of Health found that only 2.7% of study participants had partial sound insulation in their homes, and that only 1.1% felt protected from the noise. 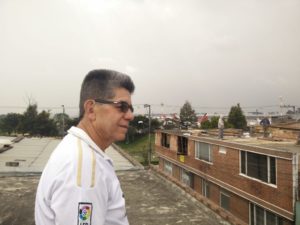 The situation is not much better with insulation. When I visited Fontibón earlier this year, I saw some of the homes Aerocivil insulated. A few windows have double panes of glass. A few homes have a layer of fiberglass fabric on their roof, a roof that is sometimes only a sheet of corrugated iron. No one’s walls are insulated. Like Gloria, they can’t sleep at night. The noise is so bad that, when I stayed in a modern hotel near the airport, even I couldn’t sleep at night.

The situation has worsened since the IDB, a development bank made up of regional and donor governments, funded the airport’s expansion, dramatically increasing the volume of flights. Between 2006 and 2012, air traffic operations increased by over 30%, while passenger numbers almost doubled. El Dorado is now the second busiest airport in Latin America. It receives up to 50 flights per hour, a rate that is projected to rise to 90 flights per hour by 2018.

When international development institutions, like the IDB, invest in projects, they are supposed to “do no harm.” Their financing enables projects that, due to their nature and scale, can cause significant and irreversible environmental and social damage. Their development mission – and their own policies – require that they investigate such risks and effectively manage them.

When the IDB financed the expansion project, however, it barely acknowledged the impacts on Gloria’s community. The bank noted Aerocivil’s noise insulation program, without investigating its scope or effectiveness. It recognized that recorded noise levels supersede national limits, without any mention of the associated risks to public health. It financed the project without taking into account the human cost.

The serious health impacts of noise pollution are well-known. The World Health Organization (WHO) warns that chronic exposure to high levels of environmental noise can lead to hearing impairment, cardiovascular disease, mental health problems, impaired cognition, and severe sleep disturbance, among other harmful effects. Children are particularly vulnerable to developmental harm, with studies finding a relationship between long-term exposure to aircraft noise and impaired reading comprehension and memory. 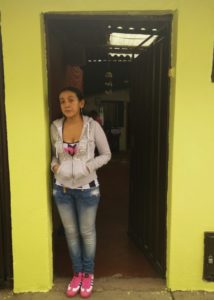 These findings will come as no surprise to Fontibón residents. Bogotá’s Secretary of Health reports that 67% of Fontibón’s population sleeps poorly, while up to 37% suffers chronic insomnia. Neighborhood children are experiencing early hearing loss, which can hinder their development.

So why don’t those in Fontibón move? Because a home is more than a house; it is part of a community, part of a history, and part of a network of friends and family.

The people I spoke to accept that the airport is a part of their neighborhood, too. What they want is to ensure that the impacts, on their health and on the development of their children, are well-understood and that steps are taken to limit the harm to the community. Buildings should be insulated effectively and air traffic plans should take account of the airport’s human cost, as well as its undoubtedly significant benefits to the city, country and region.

Together with other members of her community, Gloria has been asking local and national authorities, as well as the IDB, to take these measures to protect her neighborhood. The IDB’s accountability office is investigating Gloria’s complaint. However, the IDB has said that there is little it can do, as its relationship with the airport ended last year when its loan was repaid. Gloria disagrees. There is something very real that the IDB can still achieve.

In August last year, Colombia’s National Authority of Environmental Licenses controversially allowed planes to use the runway closest to Fontibón 24 hours per day. Bogotá’s Secretary for the Environment opposed that schedule change, as did community members like Gloria. The licensing authority acknowledged the negative noise impacts, but was unwilling to deny the modified schedule in the absence of a clear study quantifying those impacts.

The bank can – and should – fund such a study. Any harm that is currently being experienced by the Fontibón community is attributable, at least in part, to the IDB’s failure to conduct this study prior to financing of the expansion project, as its own policy required. Such a study is a necessary first step in developing a reasonable plan to limit the human cost, both at El Dorado and in other airport projects supported by the IDB. In this way, it would ensure that El Dorado is the golden airport that the IDB claims it is, instead of the tarnished reality.

We should all talk about the human cost of airports more. The IDB should start that conversation.