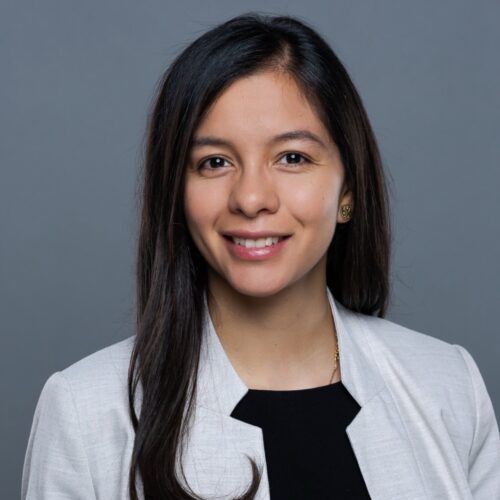 Rocío Trujillo earned an LL.M. degree at Yale Law School and is a Ph.D. candidate at University Panthéon-Assas. Her recent research focuses on comparative environmental law. Rocío is mainly interested in how legal systems evolve to consider more holistic and democratic approaches to protecting communities and ecosystems. Previously, Rocío was a clinical lecturer at El Bosque University (Bogotá, Colombia), where she worked with NGOs counseling minority groups regarding their rights to consultation and a healthy environment after a mining project.

Rocío is a practicing lawyer in Colombia, where she worked on fundamental rights cases for displaced populations and environmental law. During her studies in Bogotá, her research concentrated on transitional justice, specifically on land restitution. Rocío has also worked for El Rosario University as a lecturer of Administrative Law and she is currently a member of a research group working on a project that aims to propose reforms concerning the concept of commons in the French legal system (GIP “Echelle de Communalité”). Rocío is fluent in Spanish and French.